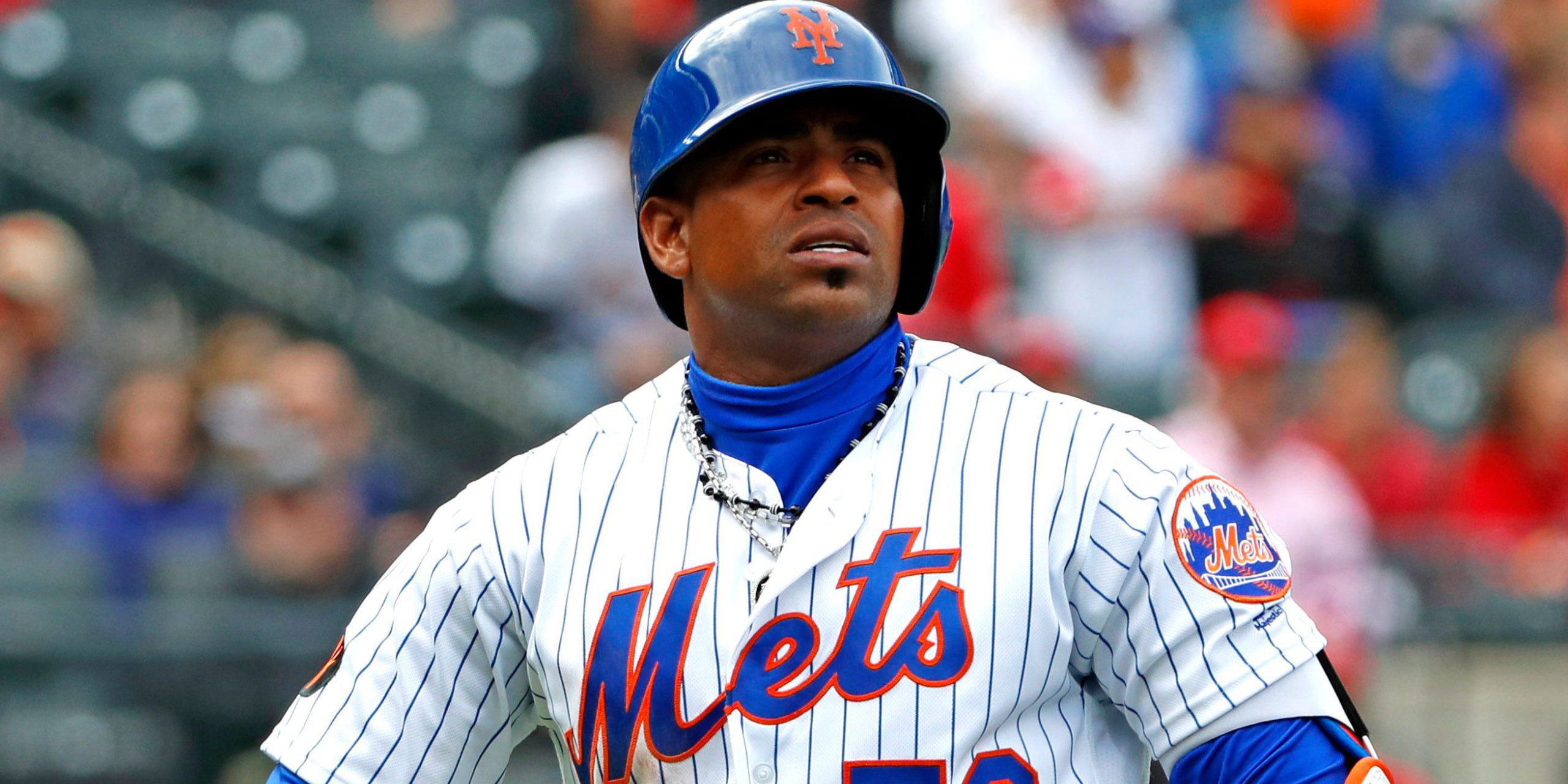 In 2017, Céspedes recorded a .292 batting average and 17 home runs
Following the 2016 season, Céspedes signed a four-year deal to remain with the Mets
In 2015, Céspedes recorded a batting average of .291 and 35 home runs, earning him the Gold Glove Award
Following a brief stint with the Detroit Tigers, Céspedes was traded to the New York Mets in July 2015, leading them a division title and World Series appearance
In 2014, Céspedes became the second player ever to win back-to-back Home Run Derbys
Céspedes made his major league debut on March 28, 2012 with the Oakland Athletics
Céspedes was the starting center fielder for Cuba in the 2009 World Baseball Classic, where he led the team in slugging, tied for the team lead in runs, and tied for second in home runs. He went 11 for 22 with 12 runs, 14 RBI, two doubles and four home runs in six games at the 2010 World University Baseball Championship
AWARDS:

Off the field, Céspedes lives on a ranch in Port St. Lucie, Fla., called La Potencia Ranch where he has many different types of animals including, horses, cows, pigs and dogs
Céspedes has a “no-offseason” mentality staying active in the weight room all year long
A car aficionado, Céspedes owns many exotic and custom cars
MEDIA HIGHLIGHTS: