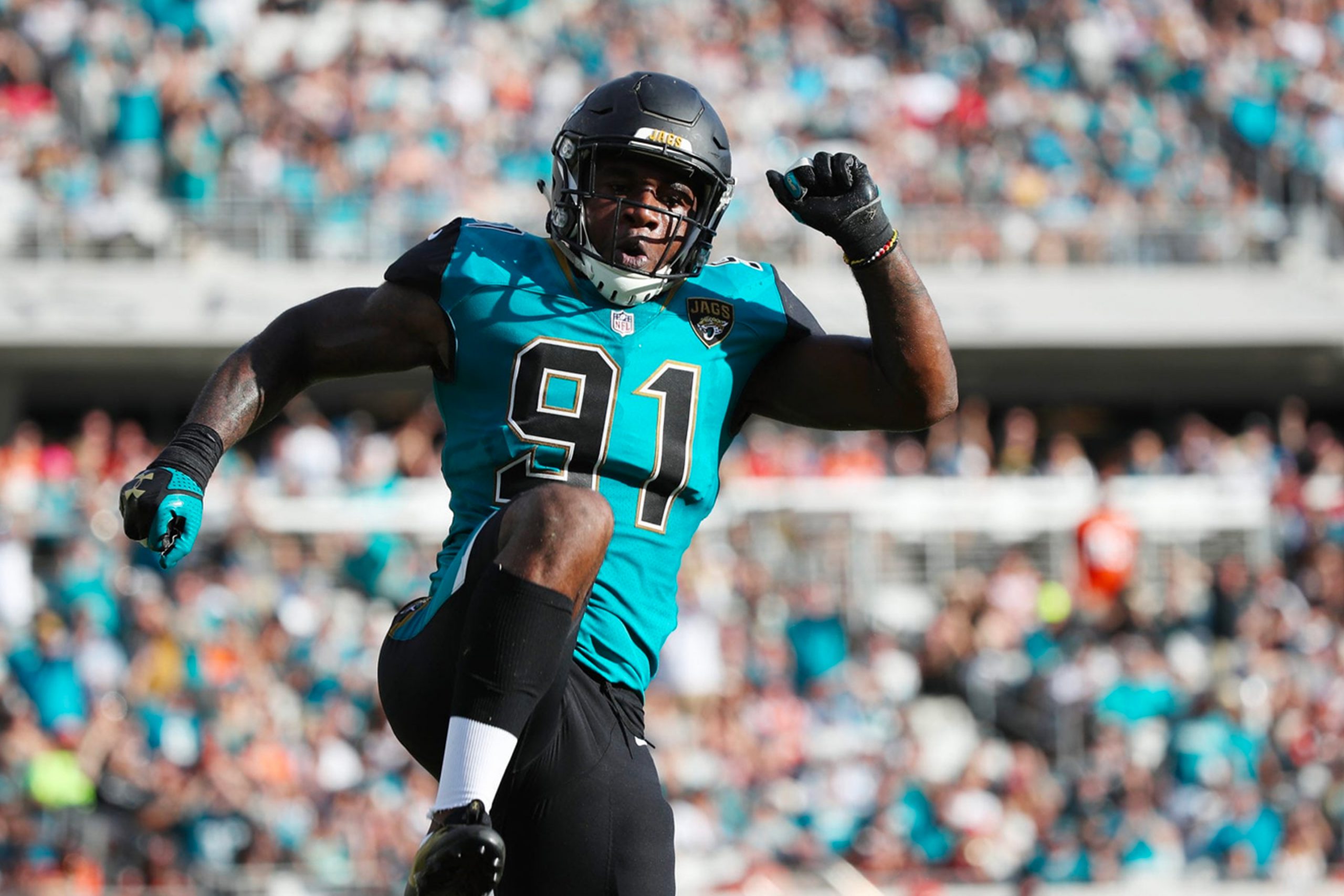 Ngakoue had 12 sacks, and a league-leading six forced fumbles during the 2017 season, on his way to being named to his first Pro Bowl. Following his strong season Ngakoue debuted at No. 88 on the NFL Top 100 list, as voted on by his peers
Ngakoue’s 20 sacks in 32 games to date are the most by a Jaguars player in franchise history
In 2016, Ngakoue finished his rookie season with eight sacks, two pass deflections, an interception, and a forced fumble in 16 games and 15 starts. His eight sacks broke a Jacksonville Jaguars rookie record, previously held by Tony Brackens. Following his rookie season, Ngakoue was named to the PFWA All-Rookie Team
Ngakoue was selected in the third round by the Jaguars in the 2016 NFL Draft
As a true junior at Maryland in 2015, Ngakoue set a school record with 13.5 sacks. Ngakoue recorded 21.5 sacks for his career at Maryland
Prior to committing to the Terps, Ngakoue was the Gatorade Football Player of the Year in Washington D.C. after recording 17 sacks while attending Friendship Collegiate Academy Public Charter School. Ngakoue was rated by com as a four-star recruit and was ranked as the fourth best outside linebacker in his class
AWARDS:

Ngakoue is active in the community and has volunteered with the homeless population as well as mentored local youth. He is also passionate about animals and has supported the Humane Society for years, including in 2017 through the NFL’s “My Cause, My Cleats” campaign
MEDIA HIGHLIGHTS: