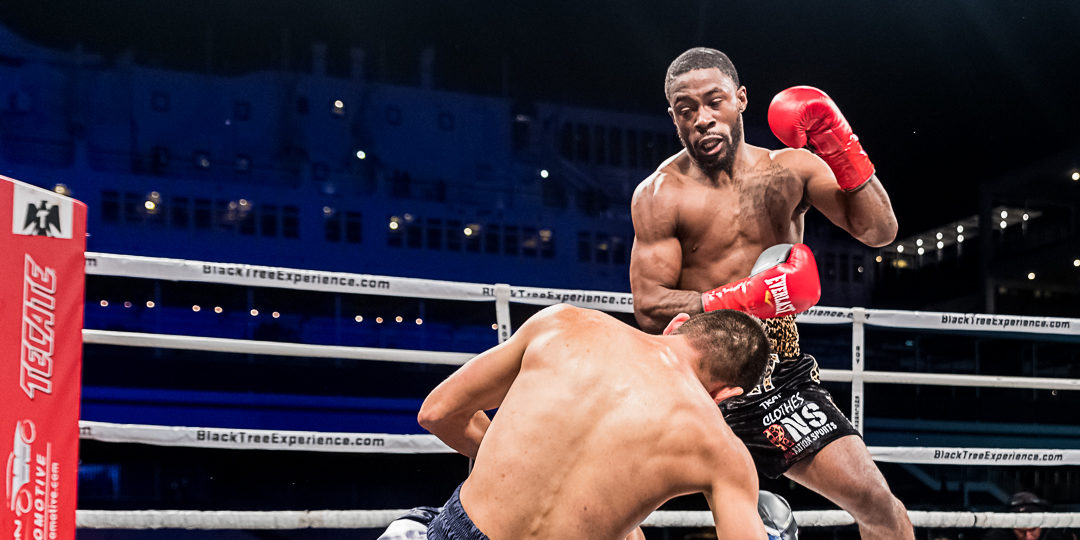 Williams began boxing at the age of nine and, over time, evolved into one of the most decorated amateur boxers in New Haven’s history. He was a 10-time national amateur champion, a two-time Ringside World champion, a four-time Silver Gloves champion, a PAL National champion and a junior Golden Gloves champion.

Over the course of his amateur career, Williams accumulated a 97-10 record before electing to pursue his professional aspirations. As a 19-year-old, Williams made his pro debut on April 14, 2012, notching a first-round technical knockout over Jesse Anguiano at the Mandalay Bay Events Center in Las Vegas.

He continued to shine on the big stage in his second-career bout, knocking out Theo Johnson in the third round at the Sun Bowl in El Paso, Texas. Williams followed that performance up with a victory – via a unanimous decision over four rounds – against Jazzma Hougue at Texas Station Casino in Las Vegas.

The sizzling start paved the way for Williams to fight at top-tier venues such as the Toyota Center in Houston, Mandalay Bay in Las Vegas and the Erwin Center in Austin, where he continued to pad his unblemished record with victories.

Legal issues in 2013 temporarily halted Williams’s fast track to stardom, but did not knock him out. After a two-year layoff, Williams made his well-awaited return to the ring on May 30, 2015 to take on Josh Bowles in front of his hometown crowd. True to form, Williams knocked Bowles to the canvas in the third round with a devastating left hand, then overwhelmed him in the sixth and final round, causing the referee to stop the fight.

Nearly eight months later, Williams signed a promotional contract with Roc Nation Sports in the January 2016. Although he experienced a period of inactivity in 2016, the southpaw experienced a career resurgence in 2017, starting with a dominant performance against Eduardo Garza in front of a national audience on CBS Sports Network in March. He floored Garza in the first and fourth rounds to earn a unanimous, eight-round decision.

Under the bright lights of the Andre Ward-Sergey Kovalev undercard in June 2017, Williams sustained his success, stopping former NABO, WBC US and California State super featherweight champion Christopher Martin in his tracks by the second round. He continued his scorching summer tear on July 29, 2017, dropping former world title contender William Gonzalez three times in the opening round en route to a first-round knockout.

In his last fight, Williams defeated Derrick Murray at the Hartman Arena in Park City, Kansas, scoring a 10-round, unanimous decision victory and securing his fourth win of 2017.

In his return the ring in 2019, Williams delivered a powerful left-hand for a first-round knockout win over Jose Rodriguez at the Genetti Manor in Wilkes-Barre, Penn.
Follow Us