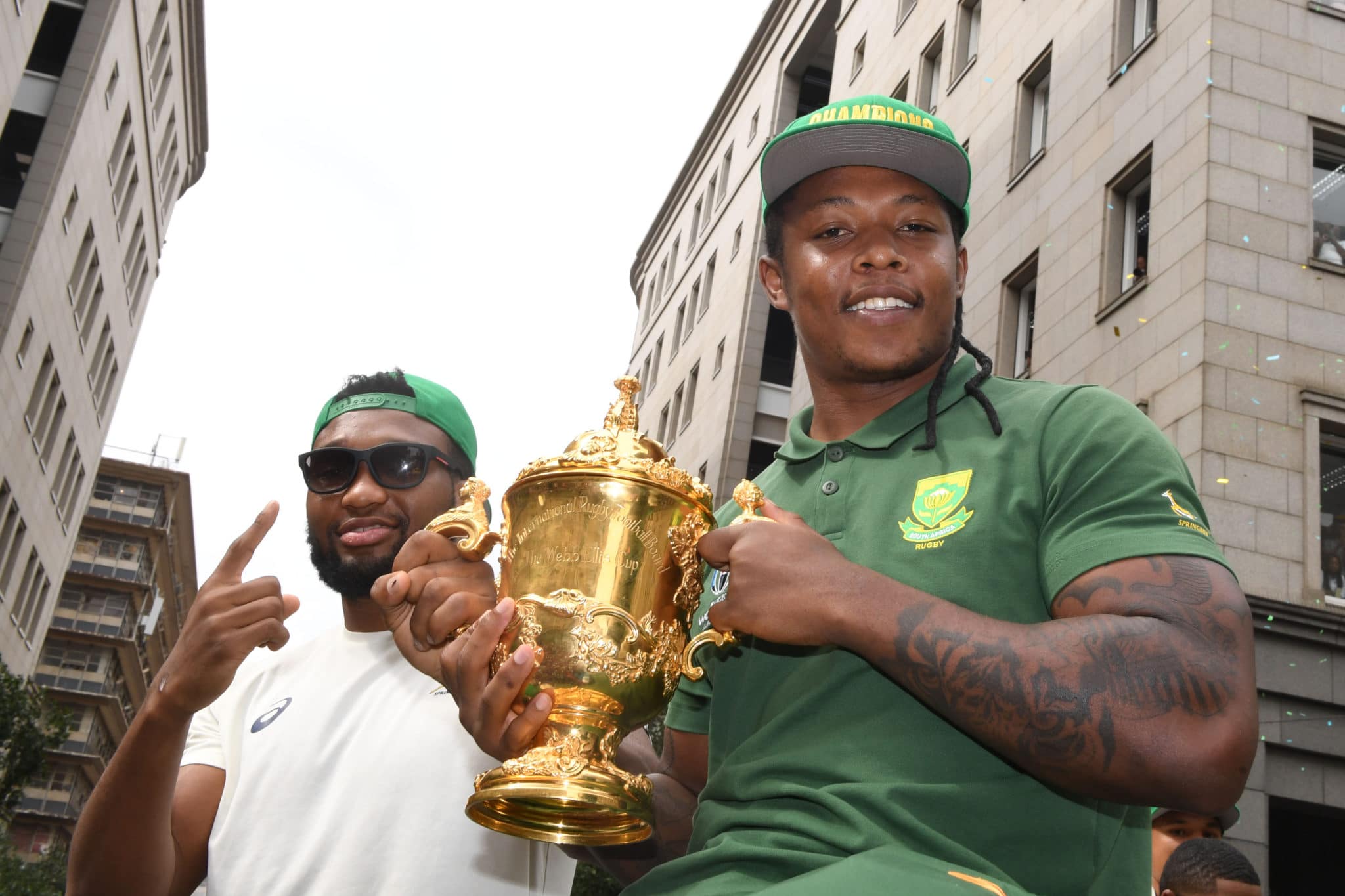 Sbu Nkosi is a dynamic Rugby Union player for the Springboks in South Africa and The Sharks franchise based in Durban. The star wing has played in 11 Tests for the Springboks, reaching his peak by being a part of the World Cup-winning Springbok squad in 2019. His journey to springbok glory took many unexpected twists and turns, but his focus and determination to achieve his boyhood dream was his drive and anchor. He grew up in a small town in the small province of Mpumalanga in the north-east of South Africa but was awarded a scholarship to attend Jeppe Boys High School, a prestigious sporting school in Johannesburg. After high school, Nkosi moved to Durban where he moved up the ranks from Academy level to eventually make his Sharks debut in 2017. He has not looked back since. He is an expressive player with natural raw talent with an unwavering will power to constantly improve and evolve his game. Social responsibility is a big part of his life; he is passionate about giving back to the future generation and has helped many students with school fees and rising sportsmen and women with playing kit. In his spare time, he enjoys gaming, travelling, and making music.