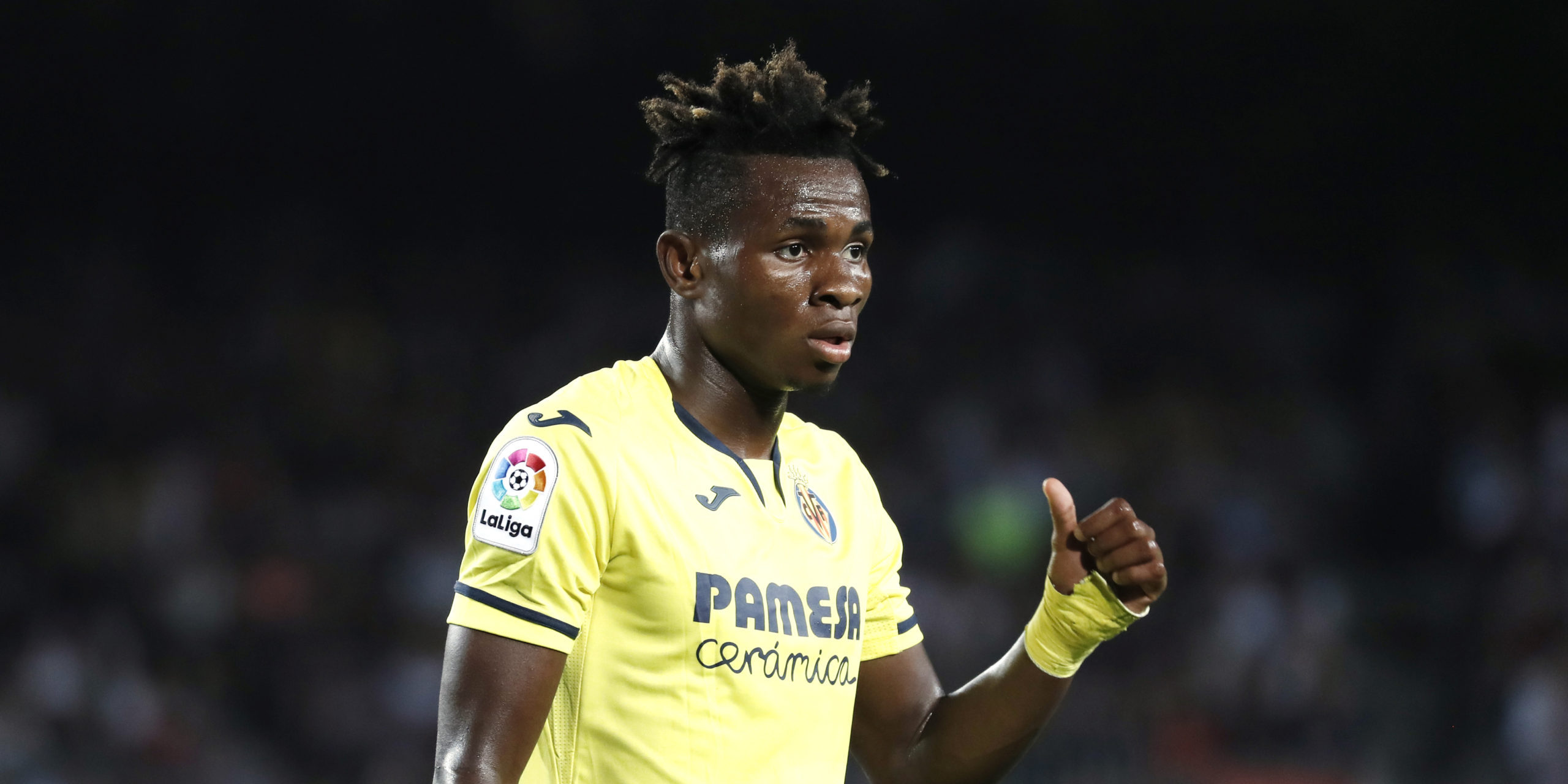 Samuel Chukwueze is a winger for Villarreal FC of La Liga. A native of Umuahia, Nigeria, Chukwueze also plays for the Nigeria national team
In May of 2019, Chukwueze was invited to represent the team at the Africa Cup of Nations where he scored his first senior goal in Nigeria’s 2–1 win over South Africa
Chukwueze was named the Nigeria Football Federation’s 2018 Young Player of the Year and is on the Golden Boy 2019 nominees shortlist
On September 20, 2018, Chukwueze made his Villarreal debut in a 2–2 home draw against Rangers during the 2018-19 UEFA Europa League Prior to this, the right wing was a part of the club’s youth setup where he made his senior debut with the reserves in April 2018
Chukwueze played for Nigeria at the under-17 level, and was a member of the 2015 FIFA U-17 World Championship team
Chukwueze began playing football at the age of eight and was mentored by Diamond Football League Academy general manager, Prince Victor Apugo
AWARDS: