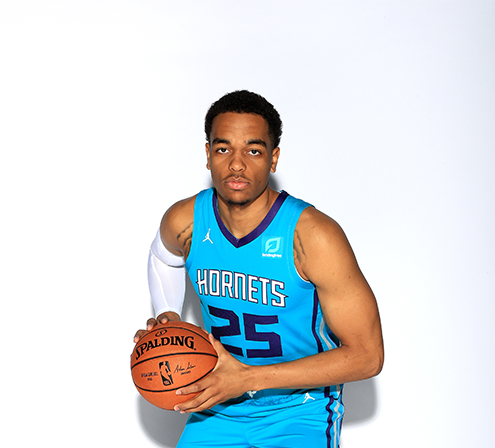 Drafted in 2019 – 1st round, 12th overall by the Charlotte Hornets
During the 2018 – 2019 season, Washington started 33 out of 35 games for the Wildcats and averaged 15.2 points, 7.5 rebounds and shot 52.2% from the field. Washington’s standout sophomore season earned him Third-team All-American and First-team All-SEC honors
As a freshman, Washington led Kentucky in rebounds with 211
A high school standout, Washington was rated as high as the #12 overall prospect in the class of 2017 rankings by ESPN out of Findlay Prep in Nevada. A five-star recruit (Rivals.com), Washington was named a McDonald’s All American in 2017. He was coached by his father PJ Washington.
In 2016, Washington helped lead the USA Men’s U18 National Team to a gold medal in Valdivia, Chile

Off the court, PJ enjoys spending time with his family
In addition to basketball, Washington grew up playing football and track

How PJ Washington earned a place in Kentucky basketball history– Louisville Courier Journal
‘He imposed his will.’ PJ Washington’s return propels UK to Elite Eight.– Lexington Herald Leader
PJ Washington is a unanimous All-American– A Sea of Blue
Follow Us