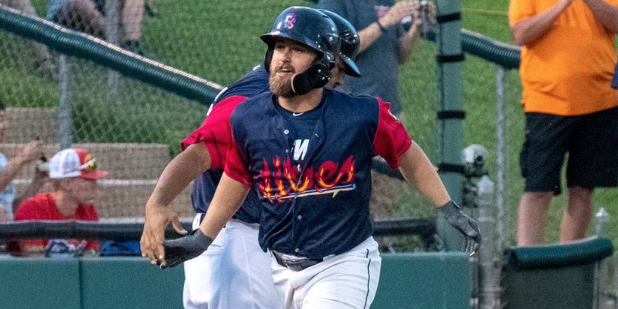 Nick Kahle is a catcher in the Milwaukee Brewers organization. Drafted in the fourth round of the 2019 MLB Draft by the Milwaukee Brewers, Kahle began his career with the club’s Rookie Advanced Affiliate, the Rocky Mountain Vibes. Kahle played the 2019 season with both the Vibes and the Carolina Mudhens, producing a .247 batting average with 36 hits, six home runs and 25 RBI. A California-native, Kahle played three seasons at the University of Washington, where he received numerous awards. Kahle’s collegiate accolades include Buster Posey National Catcher of the Year Semifinalist honors, All-Pac-12 honors, All-Pac-12 Defensive Team Honorable Mention, Collegiate Baseball Preseason Third-Team All-American honors and the Huskie’s Newcomer of the Year Award. During his final season with the Huskies, Kahle broke the school’s single-season record with 59 walks and led the team with a .339 batting average, .532 slugging percentage, .506 on-base percentage, 50 RBI’s and was second with 58 hits, 38 runs, eight home runs and nine doubles.
Follow Us