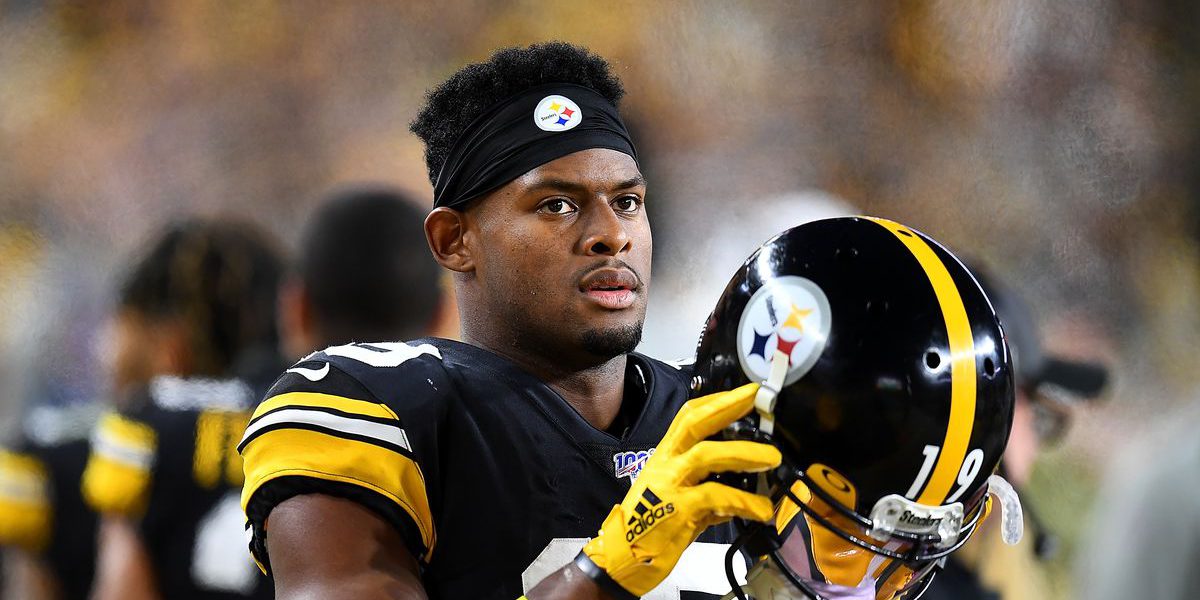 In a Week 17 game against the Cleveland Browns, Smith-Schuster had a 96-yard kick return for a touchdown. He also had nine catches for 143 yards and one touchdown in that game. With his performance, Smith-Schuster became the youngest player in NFL history to have over 1,000 all-purpose yards and was named AFC Special Teams Player of the Week
On October 29, 2017, Smith-Schuster made a season-high seven receptions for 193 receiving yards and scored a 97-yard touchdown against the Detroit Lions. The 97-yard touchdown reception was the longest pass play in team history. His performance in Week 8 earned him AFC Offensive Player of the Week
On October 29, 2017, Smith-Schuster recorded a single-game career best in receptions (7) and receiving yards (193) including a career-long 97-yard touchdown. This was the longest pass play in Steelers history and ties as the longest offensive play in team history
In Week 7 of the 2017-2018 season, Smith-Schuster caught his third touchdown pass of the season, becoming the first player in NFL history to score three touchdowns before the age of 21
Smith-Schuster surpassed Mike Wallace for the fourth-most receiving yards by a rookie in Steelers history on December 25, 2017
Drafted in the second round of the 2017 NFL Draft by the Pittsburgh Steelers out of the University of Southern California, Smith-Schuster made his NFL debut in September of 2017
While playing for USC, Smith-Schuster led the Trojans to a 10-win season and a thrilling 52-49 victory in the 2017 Rose Bowl
AWARDS:

In December 2017, Smith-Schuster hosted in a special screening of Jumanji: Welcome to the Jungle for local youth in Pittsburgh
Smith-Schuster is known for his big personality and contagious sense of humor, which have made him a social media sensation
Smith-Schuster enjoys playing videos games (especially Call of Duty and Fortnite), cooking, riding his bike and hanging out with his French Bulldog “Boujee”
MEDIA HIGHLIGHT: