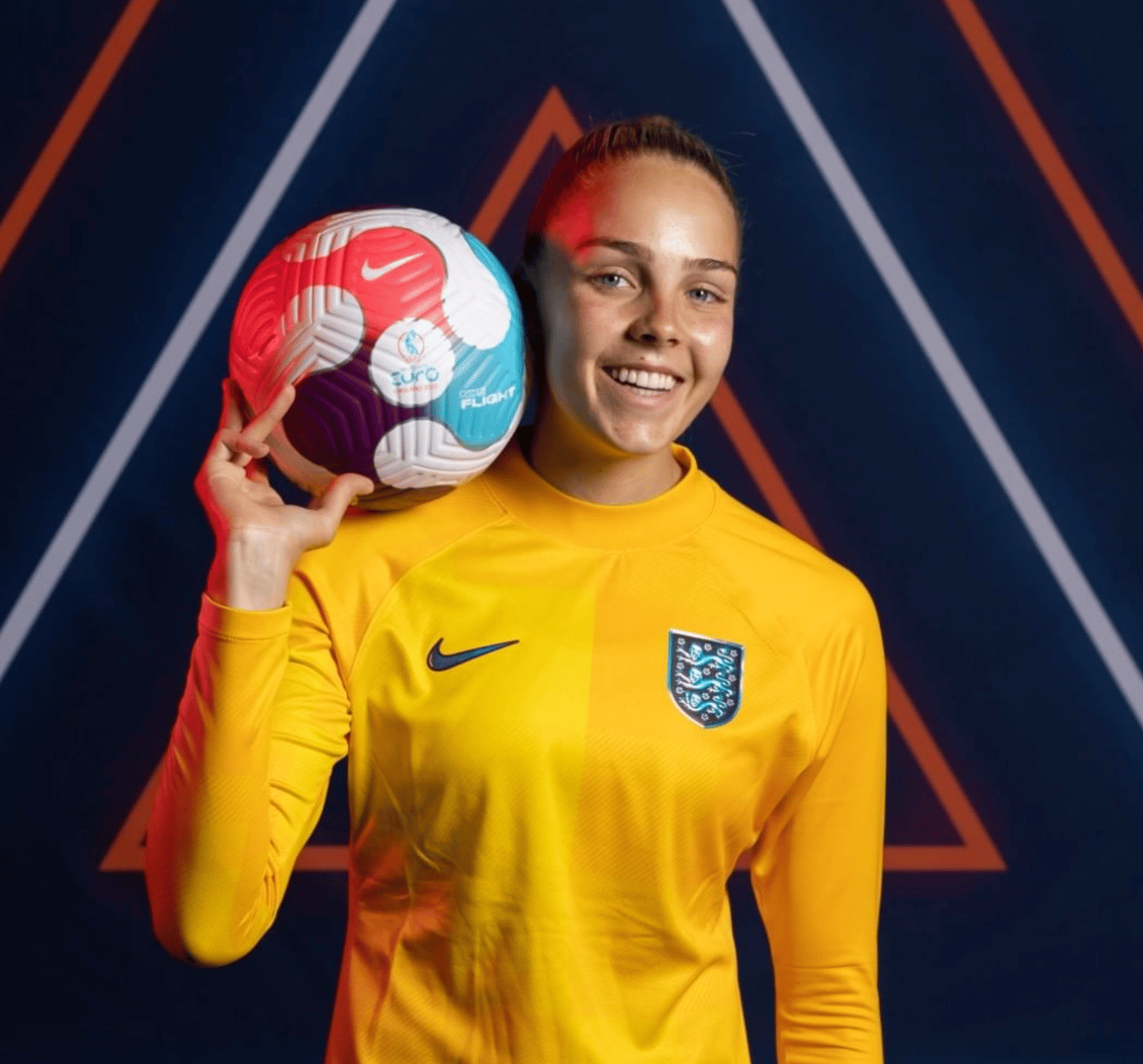 Ellie Roebuck is a goalkeeper for FA WSL club Manchester City and the England national team, having represented England at youth level and also featuring for Team GB at the 2020 Olympic Games.

She’s gone to feature for Manchester City on 75 occasions at only the age of 22 – winning seven honors including the WSL, Women’s FA Cup and Women’s League Cup.

For her national team, she was a part of the historic Lioness side that captivated England and won the UEFA Women’s European Championship.

Individually, she won the FA WSL Golden Glove in 2019-20.
Follow Us