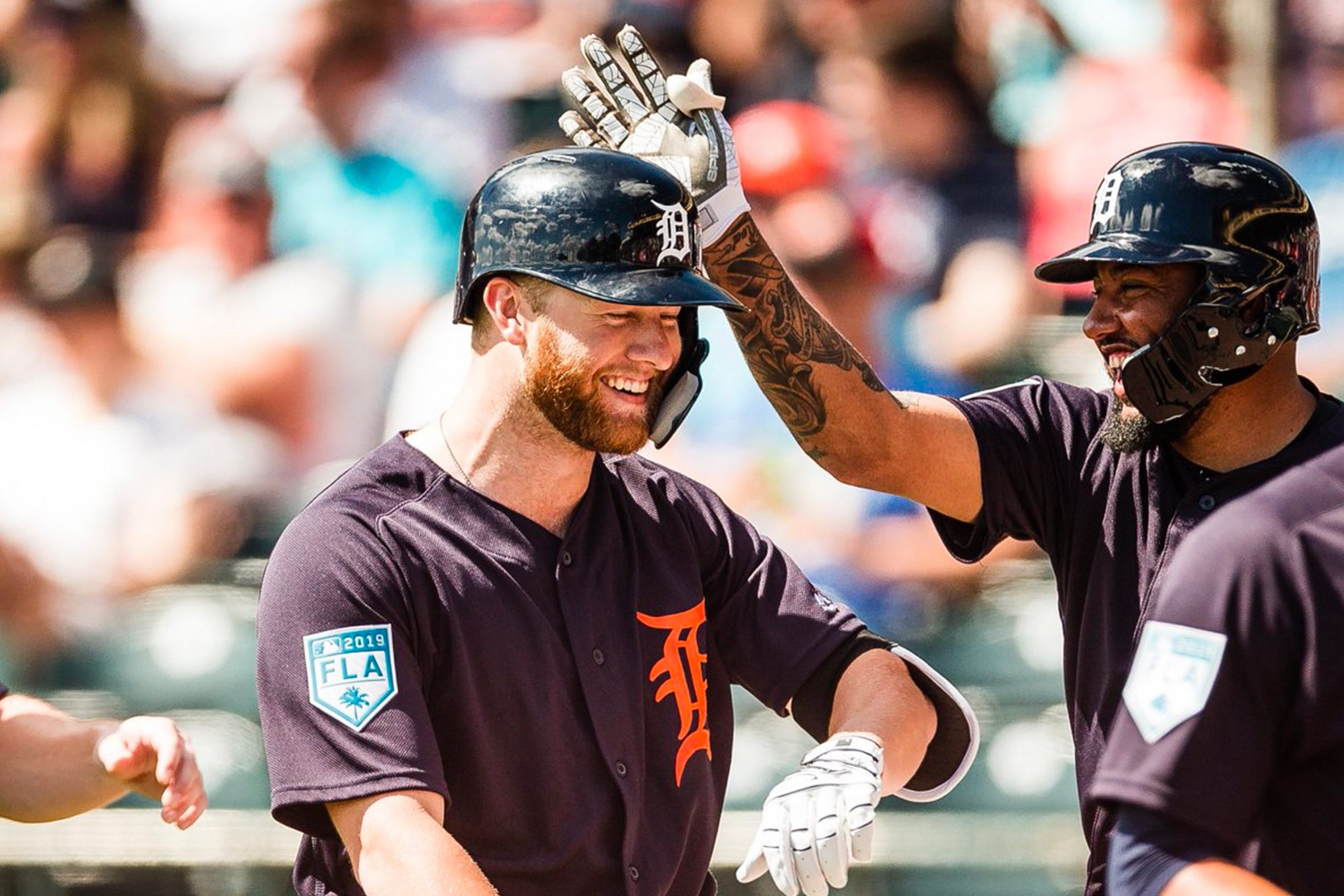 In March 2020, Dustin joined the Los Angeles Angels as a free agent.
Dustin spent the 2019 season with the Detroit Tigers organization.

In September 2018, Dustin joined the Detroit Tigers off waivers.
Peterson hit .268 with 11 home runs and 55 RBI in 107 games last season for Triple-A Gwinnett. On May 28, 2018, Peterson made his Major League debut for the Atlanta Braves
In his 2017 season with the AAA Gwinnett Braves, Peterson managed 78 hits and produced 35 runs with 30 RBIs, despite missing two months at the start of the season due to a broken bone in his left hand
Peterson hit .282 with 52-extra base hits, including 12 home runs, in 2016 with AA Mississippi. The outfielder was named to the Southern League All-Star Game in 2016 and to the Carolina League All-Star Game in 2015
Peterson was selected 50th overall in the second round of the 2013 MLB Draft by the San Diego Padres and was later acquired via trade by the Braves following the 2014 season
Peterson attended Gilbert High School in Arizona where he had a .540 batting average and hit 10 home runs with 39 RBIs
AWARDS: