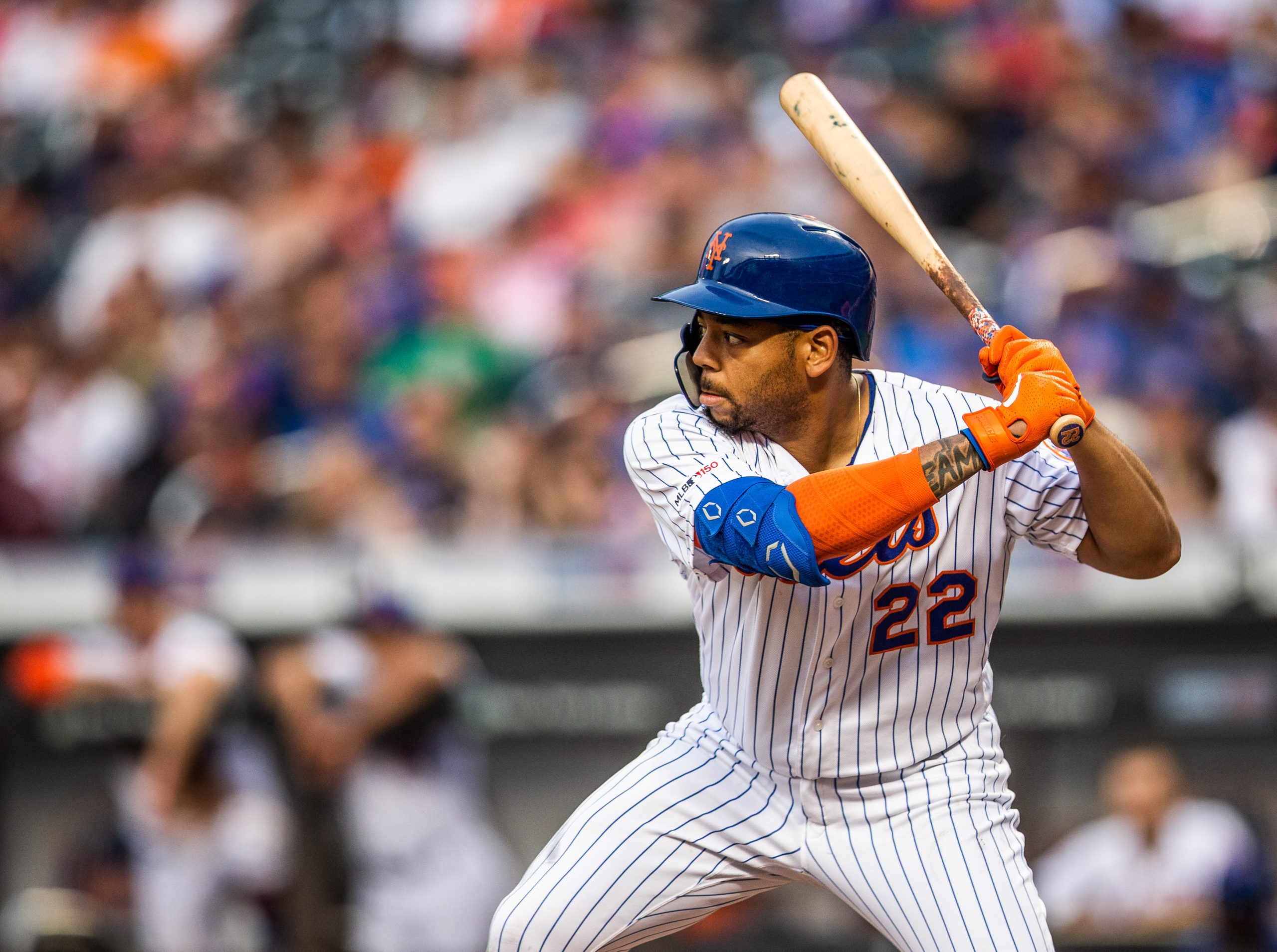 On August 15, 2017, Smith hit his first major league home run off of Sonny Gray
Smith made his Major League debut with the New York Mets on August 11, 2017
Before his promotion to New York in 2017, Smith was batting .330 with 16 home runs and 76 RBI in 114 games while with the AAA Las Vegas 51s
In 2016, Smith played for the Binghamton Mets of the Class AA Eastern League, where he posted a .302 batting average with 14 home runs and 91 RBIs
Smith played the 2015 season for the St. Lucie Mets of the Class A-Advanced Florida State League where he led the league with 79 RBIs and 33 doubles
The New York Mets selected Smith in the first round (11th overall) in the 2013 MLB Draft. At season’s end, Baseball America named Smith as the fourth best prospect in the Gulf Coast League for 2013
AWARDS:

Smith is the founder of Baseball Generations, an organization that aids in young player development in Southern California. To learn more, visit baseballgenerations.com
In December 2017, Smith participated in a special screening of Jumanji: Welcome to the Jungle for local youth in Los Angeles alongside fellow Roc Nation athletes Marcus Wilson and Jason Martin, as well as one of the film’s stars, Nick Jonas
In his free time, Smith visits elementary schools to give students words of advice on the importance of hard work, dedication and education
Smith has a myriad of tattoos signifying different people, events and mantras in his life
MEDIA HIGHLIGHTS: