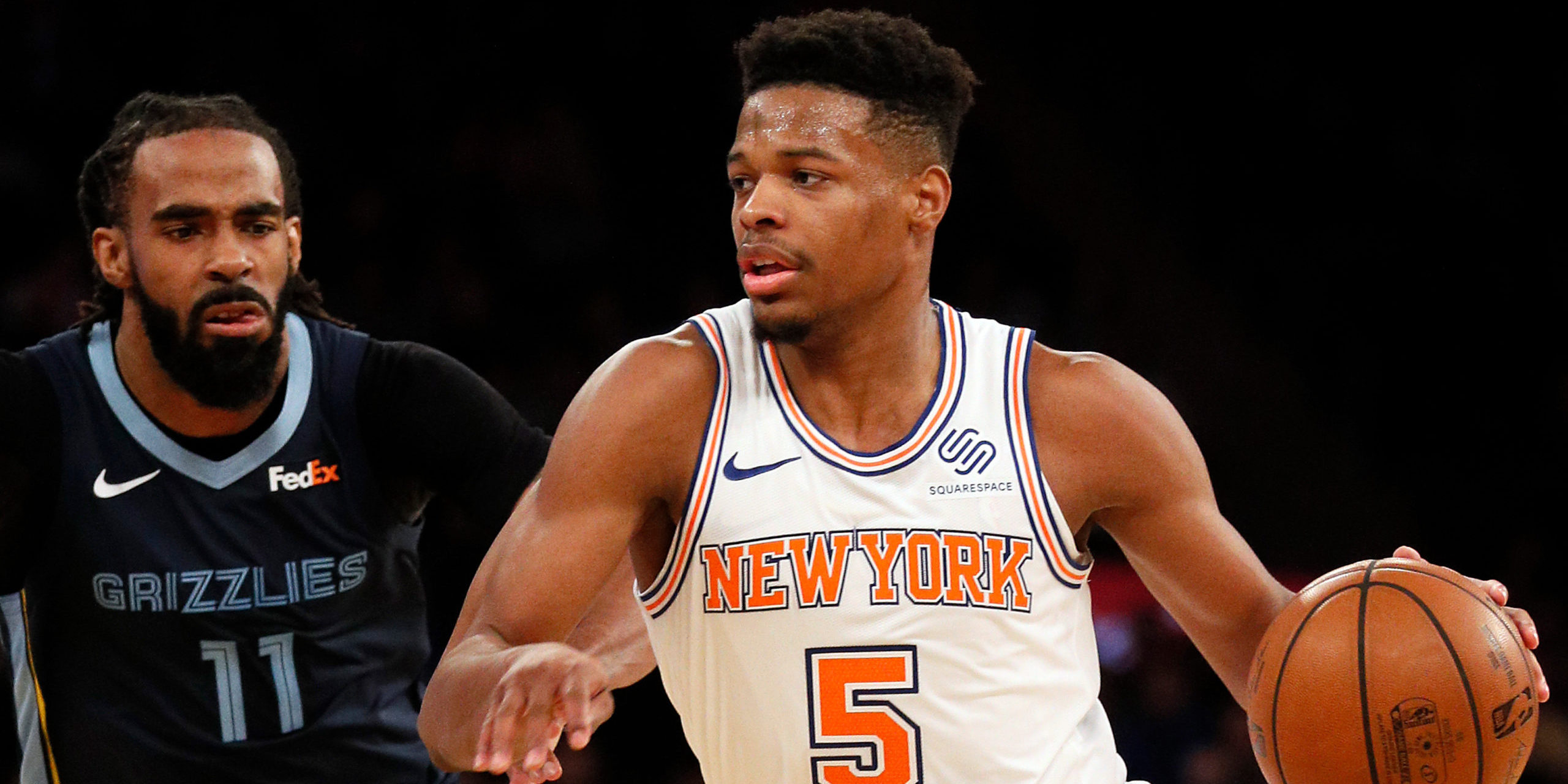 Dennis Smith Jr. is entering his third season in the NBA and first full season with the New York Knicks. He spent 21 games with the Knicks in 2019 and averaged nearly 15 points and five assists per game. Smith Jr. was selected with the ninth overall selection in the 2017 NBA Draft by the Dallas Mavericks. During his rookie season, he was named to the NBA All-Rookie Second Team and became the fifth-youngest player (20 years and 34 days) in the NBA to record a triple-double. The North Carolina State alumnus earned Second-Team All-ACC honors as a freshman and was also named the ACC Freshman of the Year in 2017 after he averaged 18.1 points and 6.2 assists per game.
Follow Us