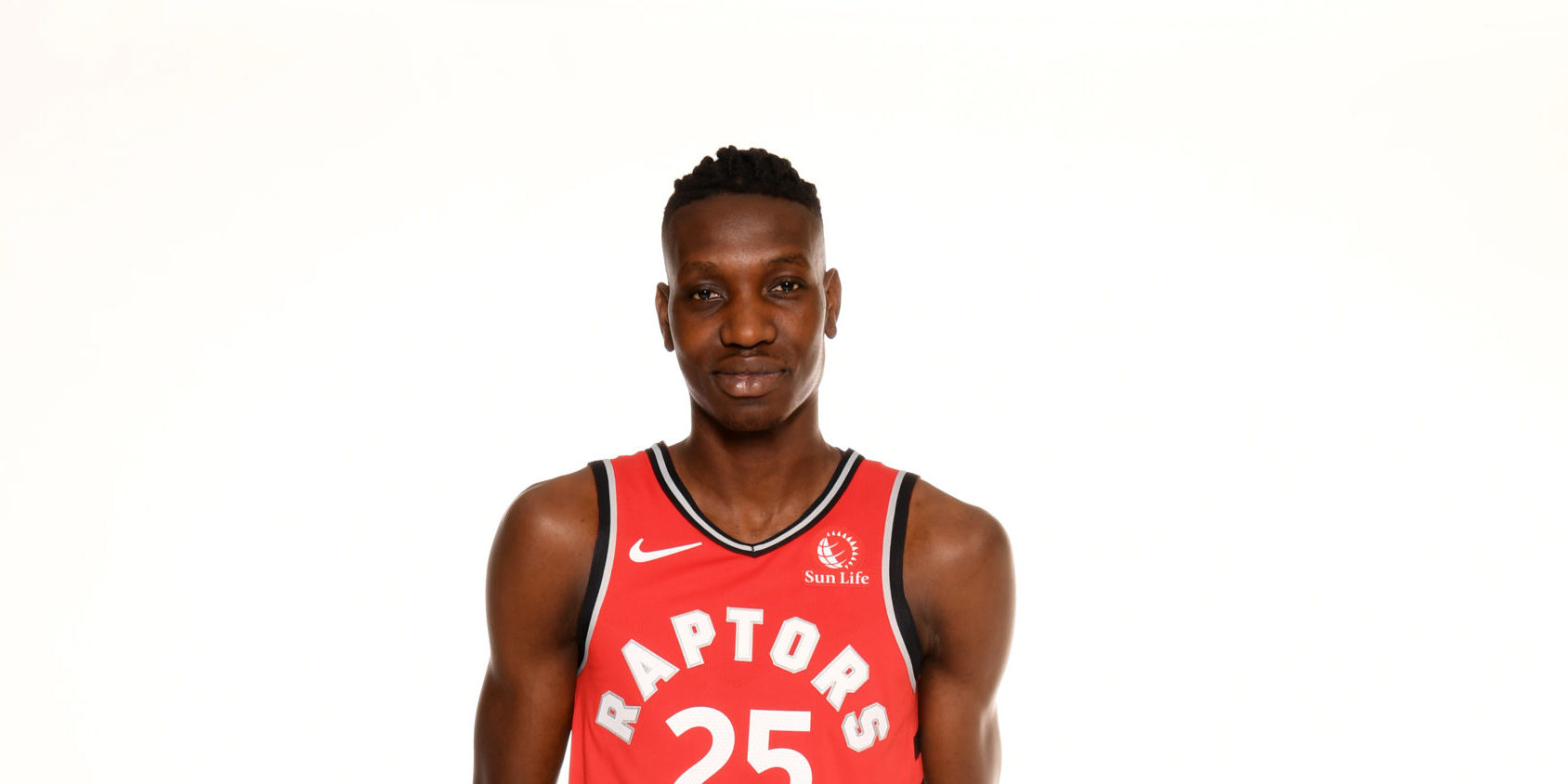 Chris Boucher is a Canadian basketball player with the Toronto Raptors. On February 10th, 2019, Chris was converted from a two-way player and signed a multi-year contract with the Raptors.

Born on the Eastern Caribbean island of St. Lucia, Boucher moved to Canada at an early age, settling in the Côte-des-Neiges neighborhood of Montreal. Boucher attended Damase Boulanger High School and Alma Academy in Alma, Quebec. In fall of 2013, Boucher left Canada to play basketball at New Mexico Junior College.

Boucher’s basketball journey has taken him across the continent – following his first year in New Mexico, Boucher transferred to Northwest College in Powell, Wyoming. There, Boucher elevated his game as he averaged 22.5 points per game and 11.8 rebounds while earning NJCAA Division I player of the year honors. Boucher then transferred to Oregon, immediately making an impact for the Ducks as he tallied 12.1 points per game while leading the Pac-12 in blocks (110). Boucher averaged 11.8 points and 6.1 blocks per game throughout his senior campaign, playing an integral role for the Ducks as they reached the Final Four for the first time since 1939.

Though he has resided in many places, Montreal is home for Boucher – he looks forward to using basketball as a platform to give back to the city that raised him, and wants to usher the game into new levels of popularity across Montreal.

In April of 2017, Boucher signed with Roc Nation Sports ahead of the 2017 NBA Draft.
Follow Us