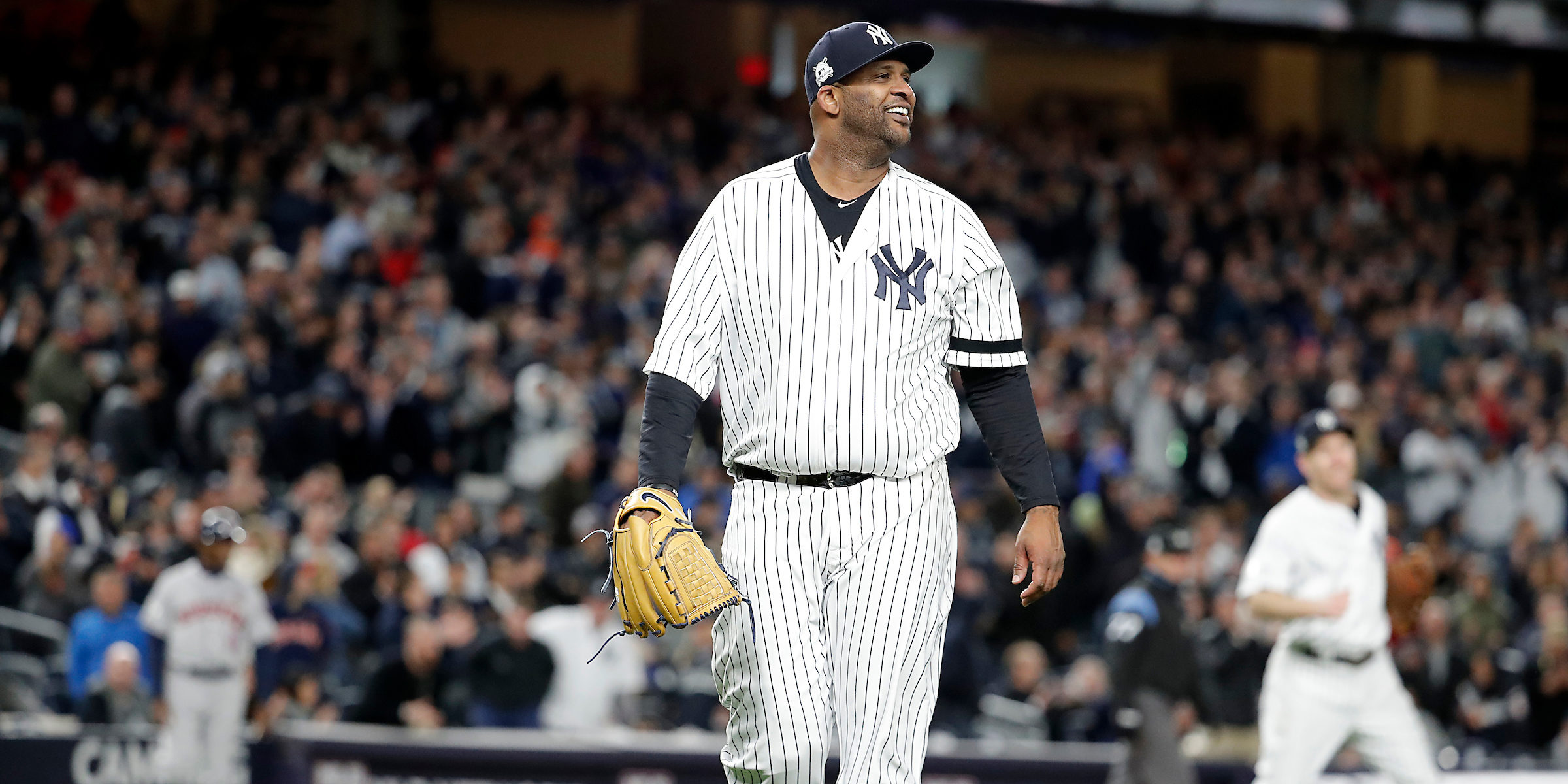 On November 7th, 2018, Sabathia signed a one-year deal to remain with the New York Yankees
On June 12, 2018, Sabathia became one of only five pitchers in New York Yankees history to record 1,500 strikeouts for the team
A 17-year MLB veteran, including the last nine seasons with the New York Yankees
MLB’s active leader in strikeouts, innings pitched, complete games, and WAR
Ranks third in MLB history in strikeouts by a left-hander, trailing only Hall of Famers Steve Carlton and Randy Johnson
Helped lead the Yankees win the 2009 World Series
Sabathia went 19-7 with a 3.21 ERA and 209 strikeouts in 2007, earning the American League Cy Young Award
In 2001, Sabathia went 17-5 with 171 strikeouts, finishing 2nd in Rookie of the Year voting
Sabathia was drafted by the Cleveland Indians in the first round of the 1998 MLB draft
AWARDS:

Sabathia and his wife, Amber, have four children – CC Jr., Jaeden, Cyia and Carter
He and his wife founded the nonprofit, “PitCCh In Foundation,” designed to help raise the confidence and self-esteem of under-resourced kids in need through various community outreach, sports and educational programs, has been an important element in rounding out his contribution to the teams for whom he has played. To learn more or to donate, visit pitcch.org.
Sabathia and veteran media personality Ryan Ruocco launched the R2C2 Podcast in July 2017. The show hosts athletes and celebrities discussing sports, music, culture and more. Listen here: https://www.uninterrupted.com/podcasts/4QU0GTlhv2ACoUsGSYiSmG/r-2-c-2
A native of the Bay Area, Sabathia is a longtime Oakland Raiders fan
MEDIA HIGHLIGHTS: