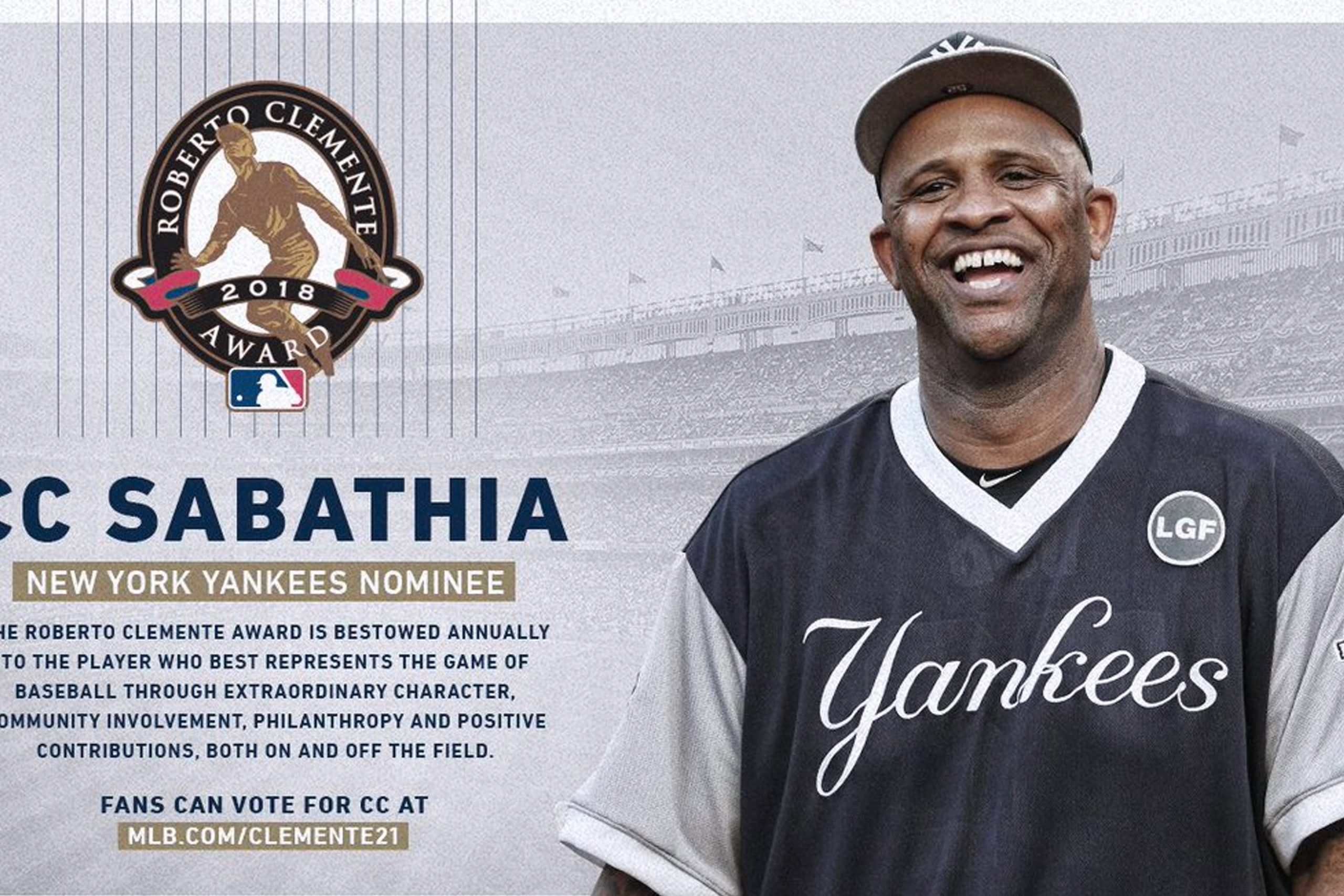 Congratulations to CC Sabathia on being named the Yankees 2018 nominee for the Roberto Clemente Award! The award is given annually to the player who best represents the game of Baseball through extraordinary character, community involvement, philanthropy, and positive contributions, both on and off the field.

From serving as president alongside his wife and co-founder of the PitCCh In Foundation, Amber, to charitable efforts in his hometown of Vallejo, Calif., and many more, Sabathia is consistently among the team leaders in doing good for his community whenever possible.

“In over 17 years of service at the Major League level, CC, his foundation and the aforementioned members of his family have gone above and beyond to assist those in need,” – MLB.com. “Their countless contributions are too many to list, but have proven to be incredibly important and impactful for many.”

We’re proud to have @CC_Sabathia represent the Yankees as our nominee for the 2018 Roberto Clemente Award. Fans can vote for CC to take home the award at https://t.co/tTgWXSTK3B pic.twitter.com/nzvAHe9g6y