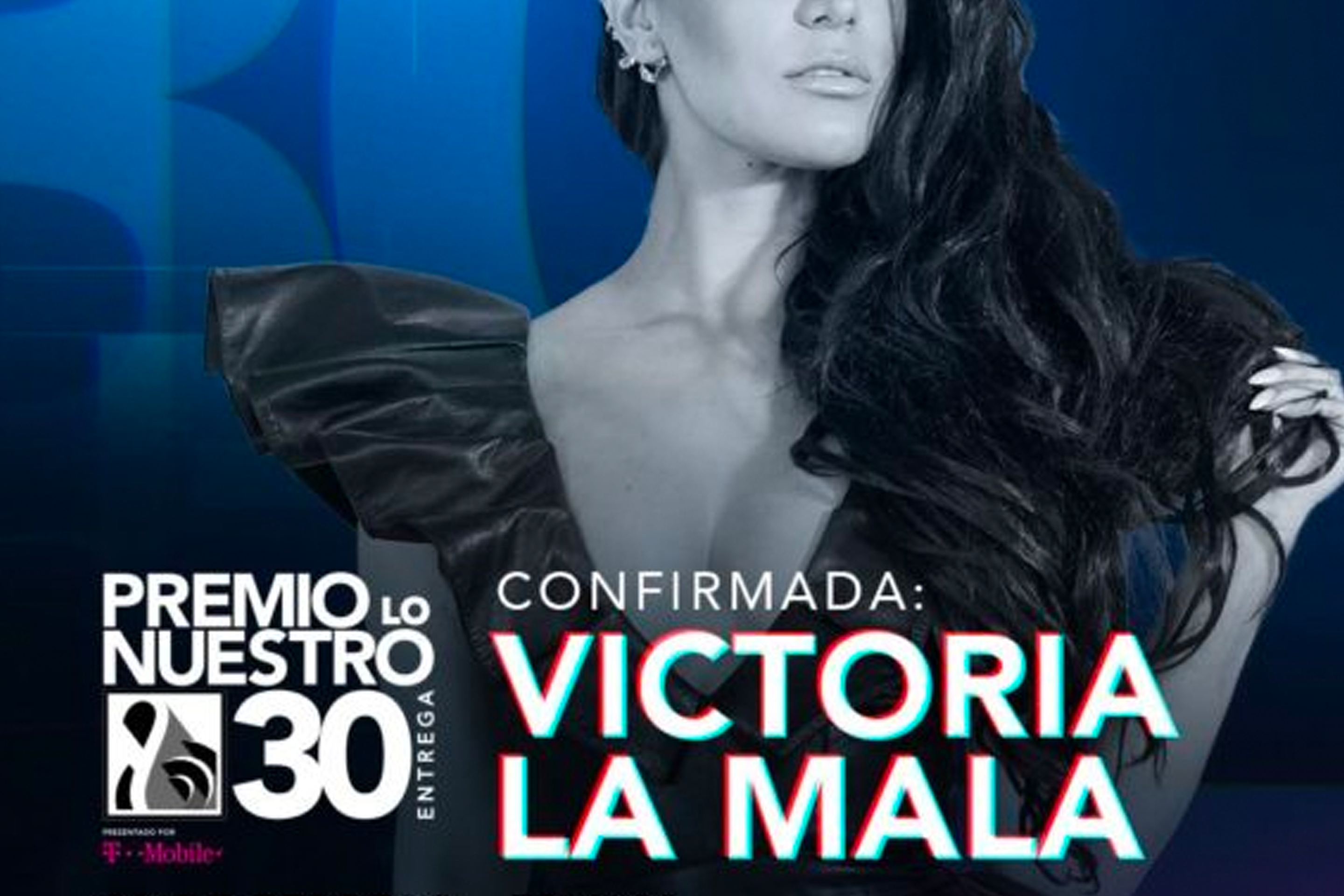 In Addition To ‘La Mala’, Other Artists Such As Olga Tañón, Romeo Santos, Maluma, Ozuna And Bad Bunny Are Also Confirmed To Participate In This Epic Night
Earlier today, it was announced that the popular singer of regional Mexican music, Victoria ‘La Mala’ will participate in the 30th edition of “Premio Lo Nuestro a la Musica Latina.”
During this edition, the best of Latin music will be celebrated. The gala will revive historical moments and will take the audience on a 30-year journey of Hispanic musical history, with collaborations that will surely leave their mark. Among the artists announced today are also, Olga Tañón, who with 30 statuettes, is the artist with the most PLN awards; the renowned singer, Romeo Santos; also some of the hottest urban music acts such as: Maluma, Ozuna and Bad Bunny.
This is the first time ‘La Mala’ will perform at this acclaimed ceremony; the up-and-coming singer is preparing a performance that will surely surprise the audience.
The 30th edition of “Premio Lo Nuestro a la Música Latina” will broadcast live starting at 7 p.m. ET/PT (6 p.m. CT) from American Airlines Arena in Miami on Thursday, February 22, 2018, on the Univision Network and via streaming on Univision NOW.
Share the News
Follow Us