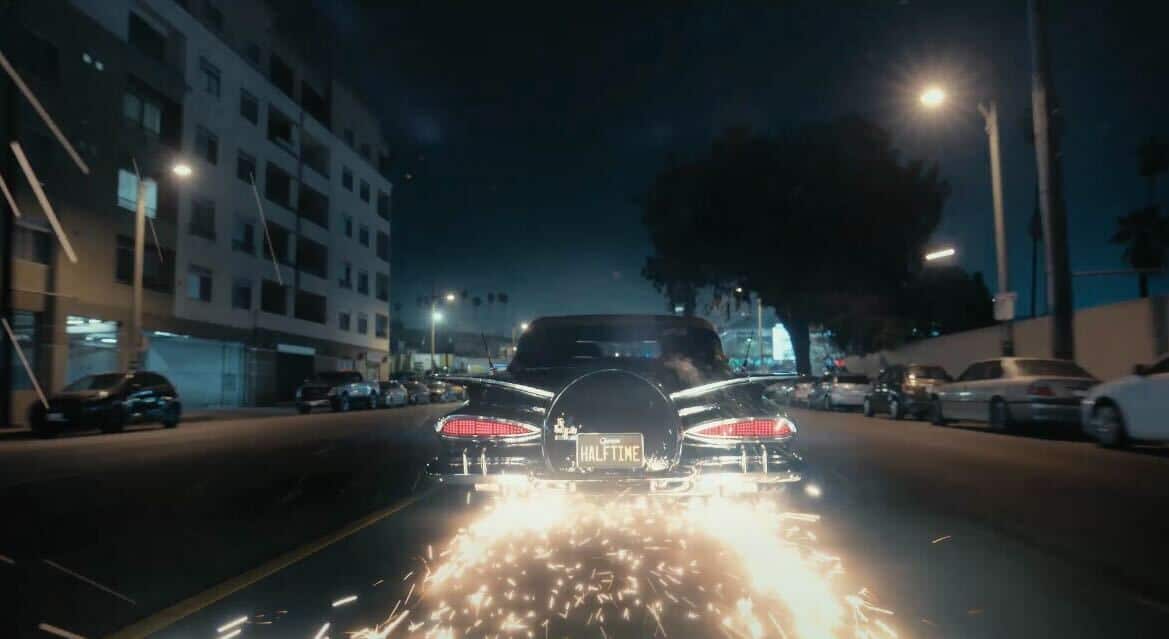 Directed by Filmmaker F. Gary Gray, “The Call” Unites Five Global Icons for the First Time on Screen Ahead of their Halftime Show Performance

From the moment Dr. Dre, Snoop Dogg, Eminem, Mary J. Blige, and Kendrick Lamar were announced as the Pepsi Super Bowl LVI Halftime Show performers, the world has been waiting to see what comes next. Now, in partnership with filmmaker F. Gary Gray, Pepsi has created an epic Halftime Show trailer entitled The Call in the lead up to what could be the greatest 12 minutes in music entertainment the world has ever seen.

The Story of The Call

Pepsi partnered with LA’s own F. Gary Gray (Straight Outta Compton, Friday, The Fate of the Furious) to direct the trailer which honors the impact all five artists have had on culture ahead of their monumental Pepsi Halftime Show performance. The Call unfolds like a high-energy blockbuster film, inspired by almost two decades worth of iconic music videos and tracks with the most recognizable hitmakers of our generation and proud LA native, Dr. Dre, at the helm. The lens moves swiftly between Eminem, Snoop Dogg, Mary J. Blige, and Kendrick Lamar spotlighting their individual artistic journeys and influences. Each artist then gets the call from their friend and collaborator, Dr. Dre, to converge on SoFi Stadium in Inglewood for what will become the greatest Pepsi Super Bowl Halftime Show ever.

From groundbreaking music videos to the South-Central cult classic film Friday and the epic N.W.A biopic Straight Outta Compton, F. Gary Gray has been the megaphone for culture and hip hop for decades and is the most authentic voice to showcase the journey from the streets of LA to SoFi stadium next month. “The Call” is scored by the omni-talented, Emmy-nominated music director and Grammy award-winning writer Adam Blackstone, who compiled the iconic tracks “Rap God,” “The Next Episode,” “Family Affair,” “HUMBLE.,” “Still D.R.E.,” and “California Love.”

“Each time I collaborate with Dre, it seems to mark an important moment in entertainment history, from projects like Friday, Set It Off, Straight Outta Compton, to now the Pepsi Super Bowl LVI Halftime Show,” shared F. Gary Gray.  “As a super fan, I consider it an honor and privilege to authentically build and create this moment with five of the most legendary artists in music history. It’s been a blast!”

The Pepsi Super Bowl Halftime Show is the single most talked about moment in music and entertainment, with more than 100 million viewers tuning in for the spectacle in recent years. The creation of The Call marks a new first for Pepsi as the brand evolves the most exciting 12 minutes in music into a larger multi-platform weeks-long campaign. Debuting today on YouTube and the new Pepsi Super Bowl Halftime Show App, 30 second spots of The Call will air nationally throughout the NFL Divisional and Conference playoffs and in the lead up to Super Bowl LVI, setting the stage for an iconic show.

“Now that we are just weeks away from the most anticipated Pepsi Super Bowl Halftime Show performance of all time, we’re bringing fans closer to the magic of what will certainly be a colossal moment in pop culture history. Given our epic lineup of five superstar talents, we wanted to deliver a cinematic experience that could properly honor each of the artists and celebrate their role in music and culture as they descend upon Los Angeles to deliver a performance for the ages,” said Todd Kaplan, VP of Marketing – Pepsi. “It was critical that we tell this story in an authentic way, so we partnered with the creative genius of both F. Gary Gray and Adam Blackstone to deliver this impactful piece of content. The trailer will be available on our Pepsi Super Bowl Halftime Show app along with a range of behind the scenes footage, fan giveaways, and so much more to ensure fans continue to get hyped for the show in the coming weeks.”

With the launch of The Call, a slew of never-before-seen content is set to drop on the new Pepsi Super Bowl Halftime Show app in the coming days including:

●  Behind the scenes images and videos from the making of The Call;