Entertainment and technology platform TSX Entertainment, the company co-founded by ex-Spotify exec Nick Nick Holmstén, has entered into a long-term partnership with Roc Nation as the company’s strategic programming partner.

According to the announcement, TSX and Roc Nation will collaborate to produce authentic, immersive, and exclusive experiences. Core components of the partnership include co-creating tentpole performances and hosting monumental annual events spanning the music, fashion, film, sports, gaming, and lifestyle verticals while leveraging technology to engage audiences around the world. In the coming months, major artists and creators, leaders and innovators are slated to perform at TSX.

The partnership begins as TSX launches what it describes as the world’s largest social feed, an 18,000 sq. ft. digital screen spanning its 46-story flagship location in New York’s Times Square.

“Roc Nation has set the bar incredibly high, creating and supporting careers in every aspect of modern entertainment. Their significance and influence has tremendous weight, and their partnership is invaluable as we embark on this journey to stage the moments that define pop culture,” said TSX co-CEO Nick Holmstén. “Together, we will empower artists and fans to connect at a deeper level on a larger-than-life canvas powered by incredible technology.”

“The TSX platform is an immersive unique experience for artists and creators at every level of their careers. A stage positioned above Times Square provides a never-before imagined performance venue,” said Chris Knight, GM of Artist Management at Roc Nation. “TSX provides the ultimate moment for artist and fan.”

TSX’s flagship is located at TSX Broadway, a $2.5 billion plus, 46-story tower on the corner of 47th Street and 7th Avenue developed by L&L Holding Company and Fortress Investment Group. TSX investors include the Weeknd, Austin Rosen, and Wassim “Sal” Slaiby, among others, with Fortress Investment Group as the lead investor in the entertainment company. 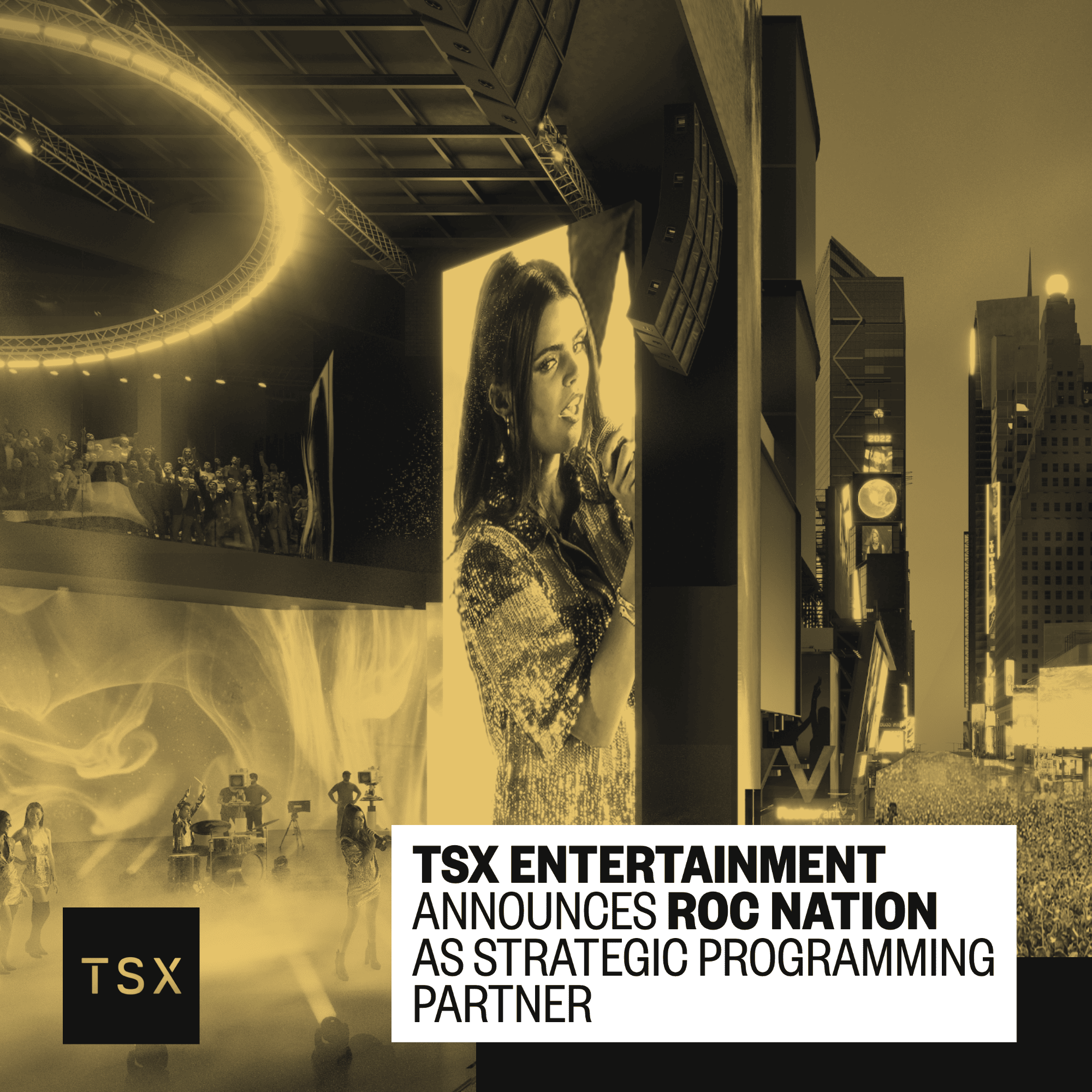