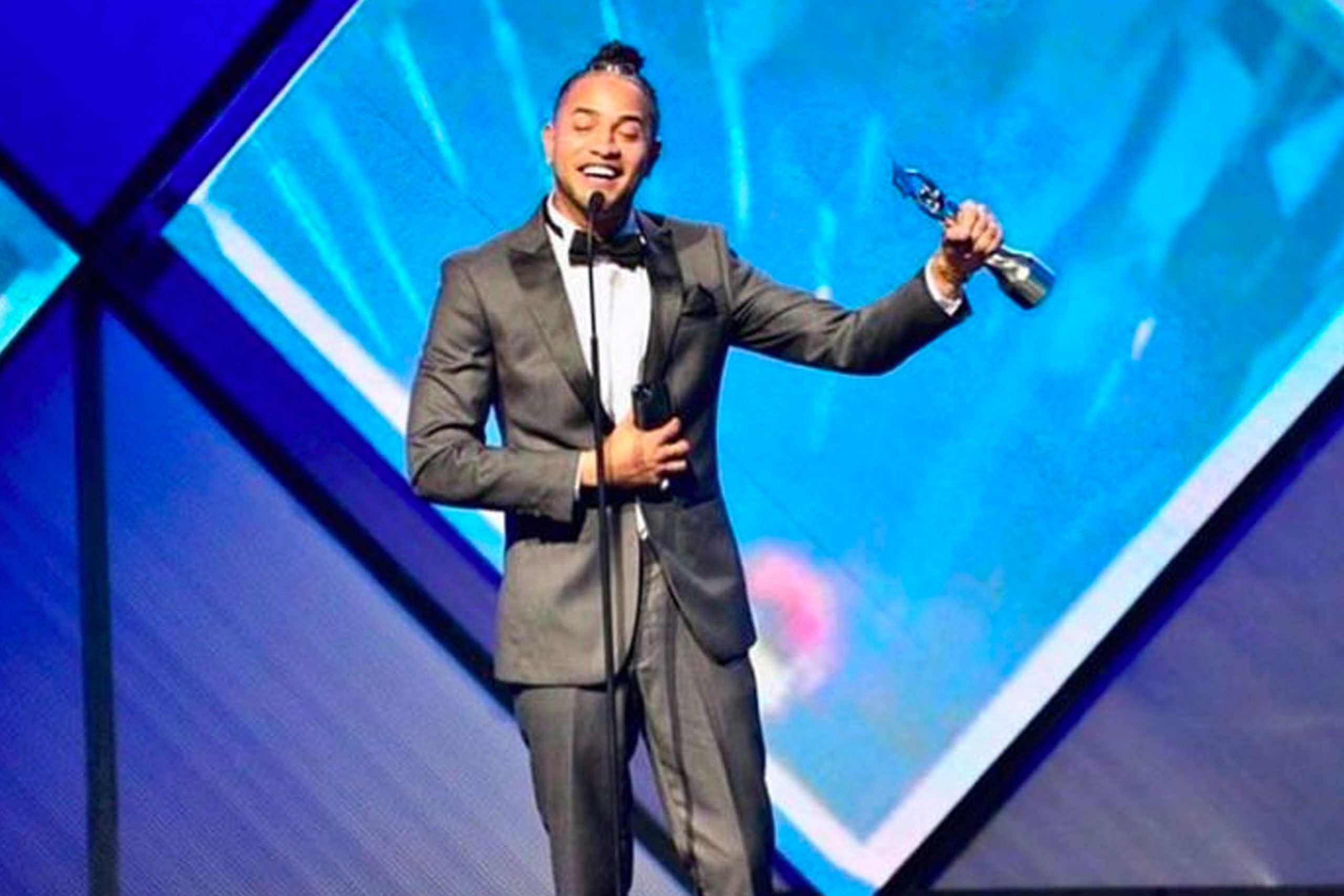 The Dominican Urban Artist Received The “Soberano Audience Award” For The Sixth Consecutive Year And The Award For
“Best Urban Artist or Group”.
Mozart La Para, the leader of the urban music movement in the Dominican Republic, was recognized Tuesday night with the “Soberano Audience Award” (“Premio Soberano del Público”) at the 2018 Soberano Awards. The performer won this honor thanks to the audience’s support, obtaining a total of 41,274 votes. This award show honors the most notable figures in music, television, radio, theater, classical arts, and film in the Dominican Republic.
It’s important to note that Mozart has been the only winner since this accolade was created as part of the prestigious award show. In addition, during the ceremony the Dominican singer also received the award for “Best Urban Artist or Group.”
Mozart La Para lit up the stage when he performed his hit “Bye Bye,” alongsideChimbala and Liro Shaq. The presentation kicked off a night that was full of energetic performances, music, and dance.
Besides his participation in the renowned awards ceremony, Mozart just finished his run as part of ‘The King of Bachata’ Romeo Santos’ Golden Tour in the United States and had a successful appearance at the SXSW Music Festival in Austin.
Share the News
Follow Us