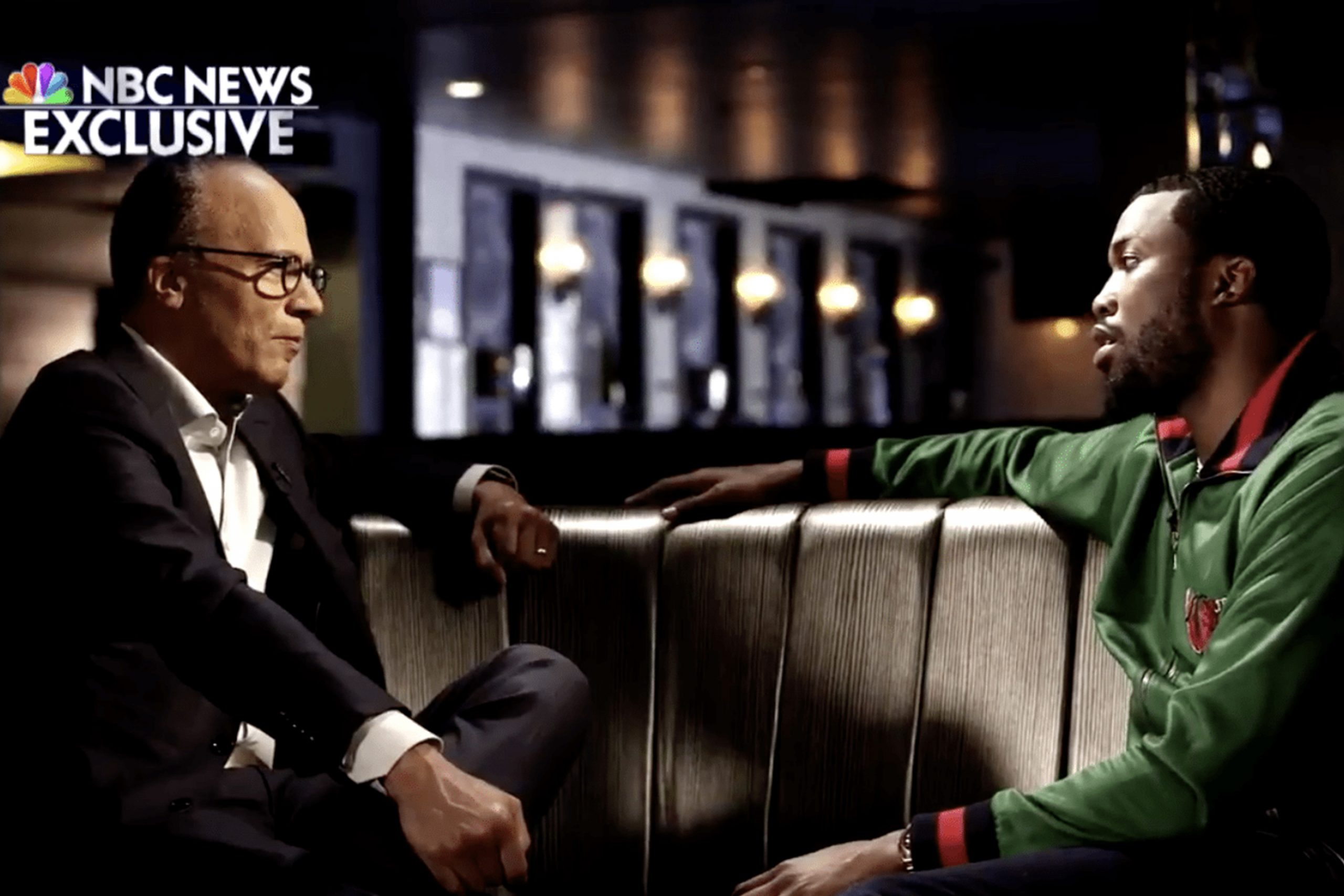 In his first television interview since being released from prison, Meek Mill’s sit-down with NBC Dateline’s Lester Holt airs Sunday, May 6 at 7 p.m. ET/PT, 6 p.m. CT., as part of a one-hour Dateline titled “Dreams and Nightmares: The Meek Mill Story.” The interview is Holt’s second with Mill in the past few weeks. The two men first spoke in April by phone while Mill was still behind bars:  https://meekmill.co/dateline1

“Dreams and Nightmares: The Meek Mill Story” explores many controversies surrounding the criminal justice system, including the parole system, possible wrongful convictions, challenges faced by law enforcement, alleged police abuse and the disadvantages of growing up poor and black in America. Mill’s story has propelled some of the biggest names in sports and entertainment to help galvanize millions of people to call for a change in the criminal justice system.