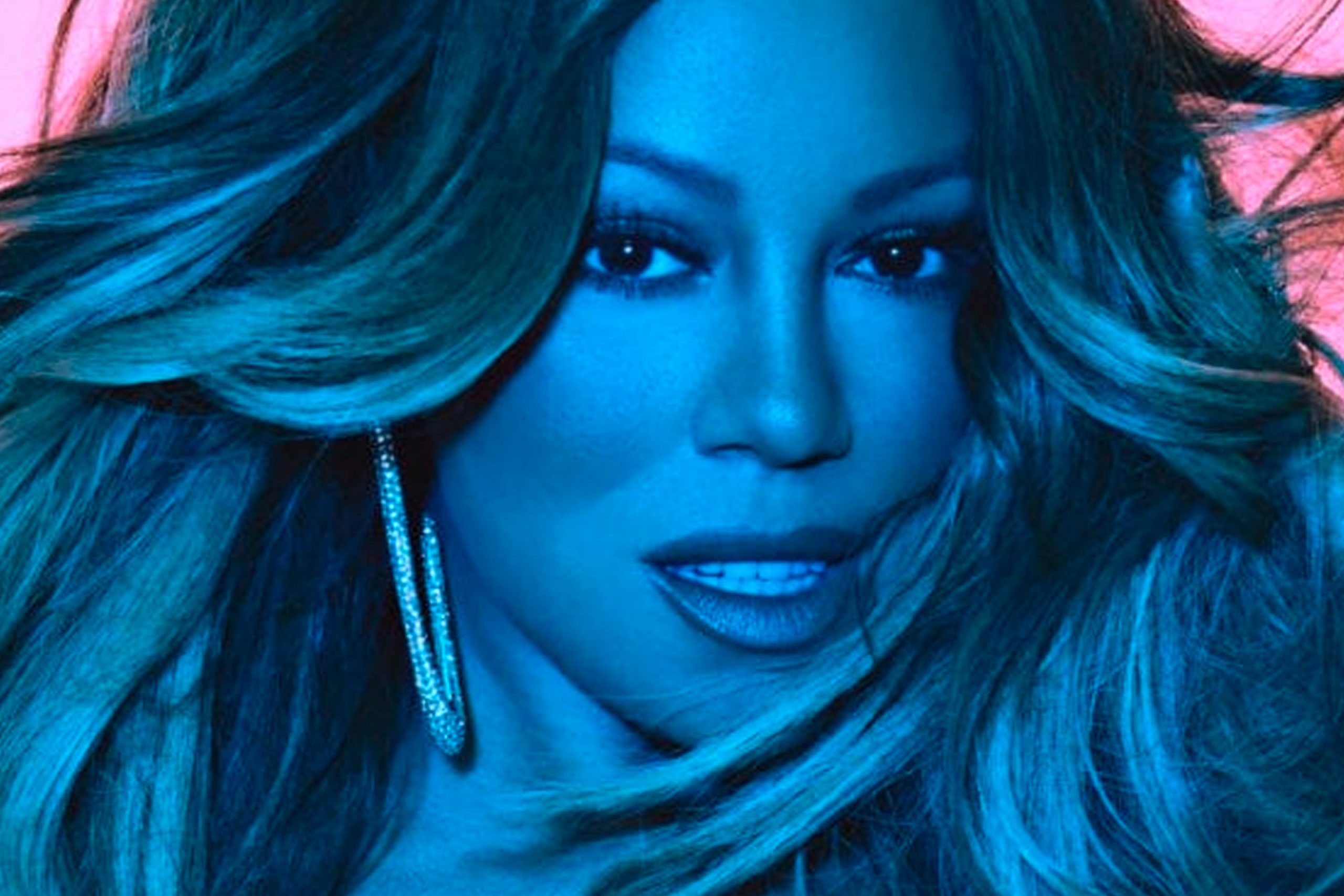 Over the past two months, the superstar teased out the impending release with a series of big and bold bangers kicked off by “GTFO” and followed by “With You” and “The Distance” . The most recent single “A No No” sent the internet into a frenzy with its reinterpretation of Lil Kim’s “Crush On You” (remix) . Rolling Stone praised it as “another quintessential kiss-off.” To date, the tracks comprising Caution impressively generated over 25 million total streams and over 11 million total YouTube/VEVO views. The early success and buzz remain testaments to her enduring influence and undeniable presence.

The album flaunts some of Mariah’s most dynamic, diverse, and daring moments. She unites eras and genres on the groove of “Giving Me Life” completed by a wailing guitar lead. Meanwhile, “8th Grade” represents an emotional highpoint and moment of cinematic confessionalism on tape. Then, there’s the high energy bedroom jam “Stay Long Love You” where Mariah and hip-hop’s hottest new contender lock into a hypnotic harmony. Everything culminates on the emotionally charged piano-driven “Portrait,” which illuminates her everlasting range.

However, the seductive title track offers up the perfect invitation to this opus as she confidently croons, “Proceed with caution.”

In order to celebrate Caution, Mariah hosts an innovative and immersive activation, “The Mariah Experience,” in New York beginning today through December 4 at Sony Square NYC . Starting at 7:30pm, she will personally sign copies of the new record. Fans may can purchase it at Sony Square NYC as of 10am. While supplies last, purchase grants one first-come first-served wristband to access the signing. “The Mariah Experience” brings her world to life like never before. This Mariah Carey-themed experiential space boasts Instagrammable photo sets (bound to be highly “liked”), multimedia displays, memorabilia, a pop-up shop, and so much more. This marks a first for the trailblazing superstar and provides the perfect introduction to Caution.

Nearly three decades into her career, Mariah Carey continues to make history and deliver timeless popular music at a level never replicated by any other superstar. Ultimately, Caution represents a new level for Mariah and pop music at large.

Mariah Carey is the best-selling female artist of all time with more than 200 million albums sold to date and 18 Billboard Hot 100 #1 singles (17 self-penned), more than any solo artist in history. Mariah is a singer/songwriter/producer recognized with multiple Grammy Awards, numerous American Music Awards, Billboard’s “Artist of the Decade” Award, the World Music Award for “World’s Best-Selling Female Artist of the Millennium,” and BMI’s “Icon Award” for her outstanding achievements in songwriting, to name a few – with her distinct five-octave vocal range, prolific songwriting, and producing talent, Mariah is truly the template of the modern pop performance. Mariah’s ongoing impact has transcended the music industry to leave an indelible imprint upon the world at large.  She made her entry into the world of independent film with her landmark performance in “WiseGirls” starring alongside Academy Award winner Mira Sorvino and Melora Walters. In 2009, Mariah was recognized with the Breakthrough Performance Award at the Palm Spring International Film Festival for her critically acclaimed role in Lee Daniels’ “Precious.” Mariah went on to appear in Daniels’ stellar ensemble piece “The Butler” (2013). A Congressional Award recipient, Mariah has generously donated her time and energy to a range of philanthropic causes near to her heart including Save the Music, the Make-A-Wish Foundation, World Hunger Relief, and the Elton John AIDS Foundation, among many others. A tremendous supporter of children’ charities, both domestic and international, Mariah founded Camp Mariah in partnership with the Fresh Air Fund, a retreat for inner city children to explore career development.  Mariah is represented by Roc Nation, United Talent Agency and Imprint PR.