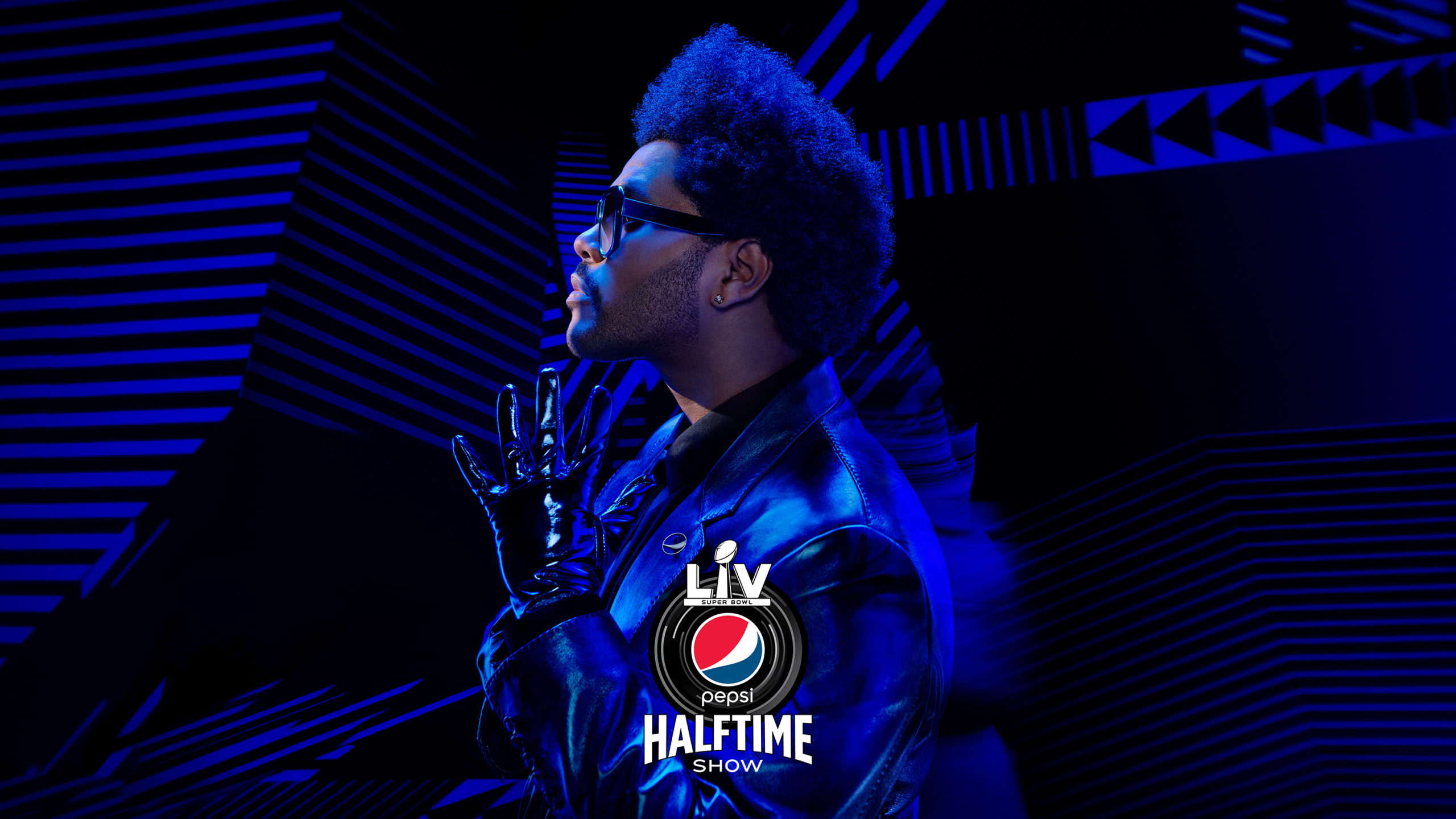 New York, NY (November 12, 2020) – Pepsi, the NFL and Roc Nation announced The Weeknd, one of today’s most compelling and significant artists of a generation, will perform during the Pepsi Super Bowl LV Halftime Show on CBS at Raymond James Stadium in Tampa Bay, Fla. on Sunday, Feb. 7, 2021.

In less than a decade, The Weeknd has amassed a global fanbase, become a multi-award winning artist, and recently, was named one of the most influential people of 2020 by Time Magazine. Regarded for his creative vision, The Weeknd is known for his genre-bending music and redefining storytelling, both sonically and visually.

Marking the second year of this collaboration, Pepsi, the NFL and Roc Nation are excited to bring The Weeknd to the world’s biggest stage for what is sure to be a transcendent performance.

The Pepsi Super Bowl LV Halftime Show telecast will be produced by DPS with Roc Nation and Jesse Collins serving as executive producers, and Hamish Hamilton serving as director. Roc Nation is also serving as the strategic entertainment advisors of the live performance.

“We all grow up watching the world’s biggest acts playing the Super Bowl and one can only dream of being in that position. I’m humbled, honored and ecstatic to be the center of that infamous stage this year,” The Weeknd said.

“The Weeknd has introduced a sound all his own. His soulful uniqueness has defined a new generation of greatness in music and artistry,” said Shawn JAY-Z Carter. “This is an extraordinary moment in time and the Pepsi Super Bowl LV Halftime Show is going to be an extraordinary experience with an extraordinary performer.”

“We are thrilled to have The Weeknd join us in Tampa Bay on the Pepsi Halftime Stage,” said Brian Rolapp, NFL Chief Media and Business Officer, “Halftime Show performances have a history of excellence and creativity and we look forward to seeing what he will bring to Super Bowl LV. ”

About The Weeknd: Filtering R&B and pop through an ambitious widescreen lens, The Weeknd took over popular music and culture on his own terms. The multi-platinum three-time GRAMMY Award winner is one of the most listened to artists in the world on Spotify (over 51 billion streams) and is a top 10 artist of all time for RIAA singles. His 2020 album After Hours is the #1 most streamed R&B album of all time (followed by his 2016 album Starboy at #2), and his 80’s nostalgic track “Blinding Lights” went 5X RIAA-certified platinum and broke the record for Billboard’s longest-running #1 on its US radio chart at 46 weeks and counting. Alongside his gilded musical career, he’s graced the covers of TIME, Forbes, Variety, Rolling Stone, Esquire, Harper’s Bazaar, and GQ along with the late night stages with heralded performances on SNL, Jimmy Kimmel, Stephen Colbert and the VMA’s where he accepted the awards for Video of the Year and Best R&B. In recent times he has made acting appearances in TV and film with 2019’s film Uncut Gems as well as starring in and co-writing an episode of the hit show American Dad.

He generously shares, with over $2M in donations made in 2020 to various charities. The continuous record breaking of charts, sales and streams, headlining the biggest festivals and stadiums in the world, and his ever mysterious public persona combined solidifies The Weeknd as one of the most compelling and significant artists of the 21st century.

Viewers can expect unprecedented access to the making of pop culture’s biggest event and should stay tuned for more details. For ongoing updates on the Pepsi Super Bowl LV Halftime Show, follow @Pepsi on Instagram and Twitter.