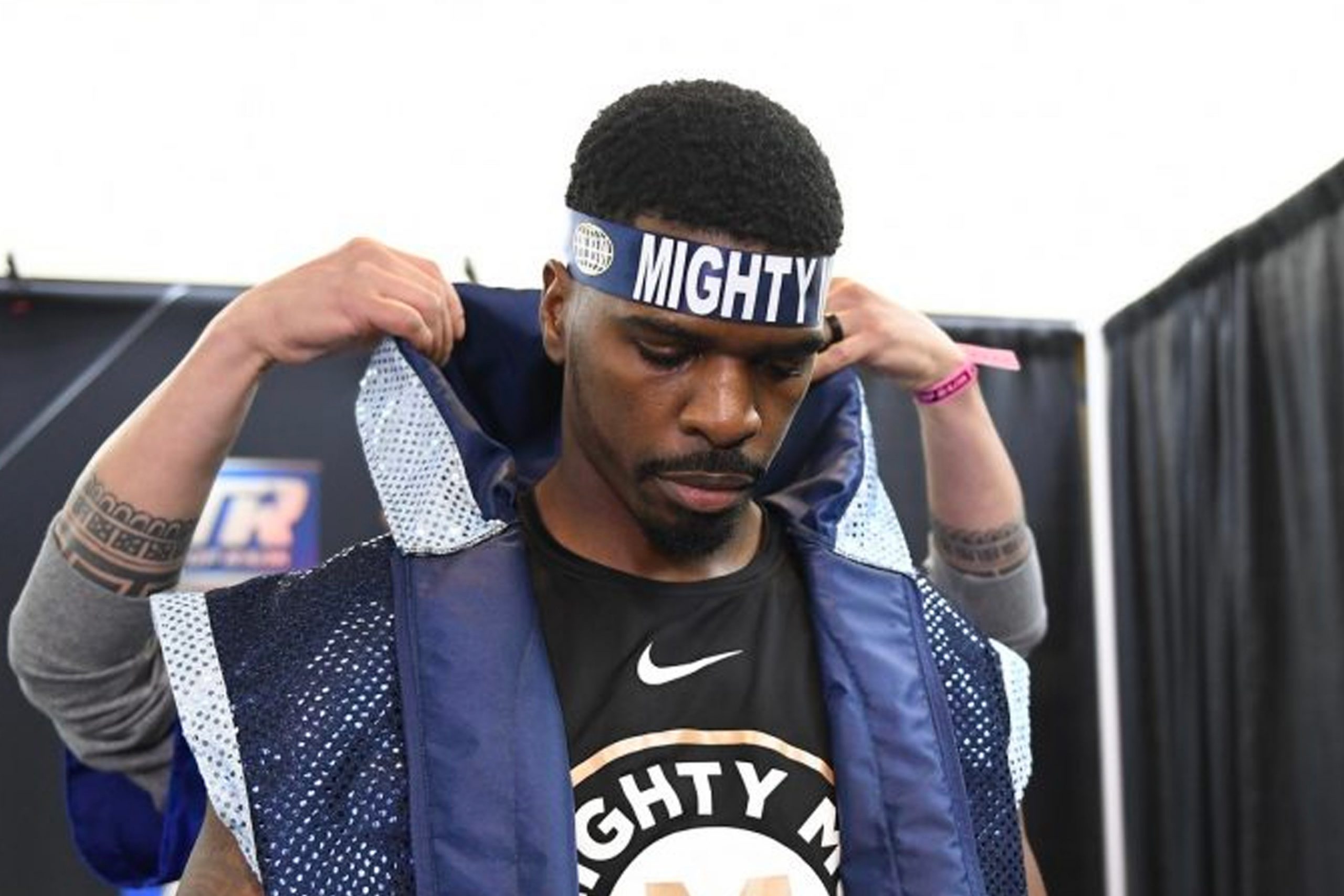 Roc Nation Sports boxer and WBO junior welterweight champion, Maurice “Mighty Mo” Hooker (25-0, 17 KOs), is preparing to prove he stands among the top fighters in the world ahead of his second title defense on March 9, 2019. The fight, which is being co-promoted by Matchroom U.S.A. and Roc Nation Sports,will take place at the Turning Stone Resort & Casino in Verona, NY. Hooker will take on WBO 14thin the world rated contender Mikkel LesPierre (21-0-1, 10 KOs) of Bronx, N.Y. on the spectacular Matchroom promoted championship competition which will also feature WBA Light Heavyweight Champion, Dmitry Bivol vs. Joseph Smith in the main event. The bout will air on DAZN Network in the United States and internationally, along with other major networks around the world. The fight is Hooker’s first of 2019 – a year in which he intends to demonstrate his place atop the list of boxing greats.

“I’m itching for this next fight and show everyone that I’m the best junior welterweight fighter in the world with my ultimate goal of being recognized as the best pound for pound fighter. I think it, breath it, eat it, sleep it and I’m ready to prove it. There are a lot of talented boxers out there including Mikkel, but as far as I’m concerned, I’m the best.” said Hooker.

The last time that Hooker was in the ring, he successfully defended his WBO junior welterweight world title by toppling Alex Saucedo (28-1, 18KOs) via a seventh-round TKO. Although Saucedo did manage to knock the champion down in an early round, Hooker bounced back with a mixture of jab and hook combinations, resulting in a spectacular display and TKO in the seventh round. The fight, which took place in Oklahoma City at the Chesapeake Energy Arena, was Hooker’s second consecutive win in front of an opponent’s hometown audience.

“First, I want to thank our partner Eddie Hearn and Matchroom for giving Maurice this stage to perform on March 9th. We are so proud of all that Maurice accomplished in 2018, and cannot wait for his continued success moving forward,” said Roc Nation Sports boxing promoter, Dino Duva. “Maurice’s mission this year is to prove to the world what we already know – that he is the best junior welterweight fighter in the world. His performances in Manchester and Oklahoma City, both in his opponents’ hometowns, were spectacular and we know he will put on an even more exciting show in March and in all his futures matches.”

Hooker’s recent world class performances has gained him notoriety from fans around the globe and impressed many including Matchroom boxing promoter Eddie Hearn.

“For me, right now Maurice is unquestionable the king of the 140 lb. division,” said Hearn.

If Hooker emerges victorious on March 9th, the 29-year-old will be primed for a homecoming fight in his hometown of Dallas, Texas. It would mark Hooker’s first fight in Dallas since he captured the championship belt on June 9, 2018 when he defeated Terry Flanagan via split decision in the opponent’s native city of Manchester, England at the Manchester Arena.

“Fighting Flanagan and Saucedo was just the beginning,” said Hooker. “I’m ready to shock the world and show everyone what I’m really made of. I’m going to bring the fans a fight to remember. By the end of it, everyone will know I’m the best fighter in the world.”