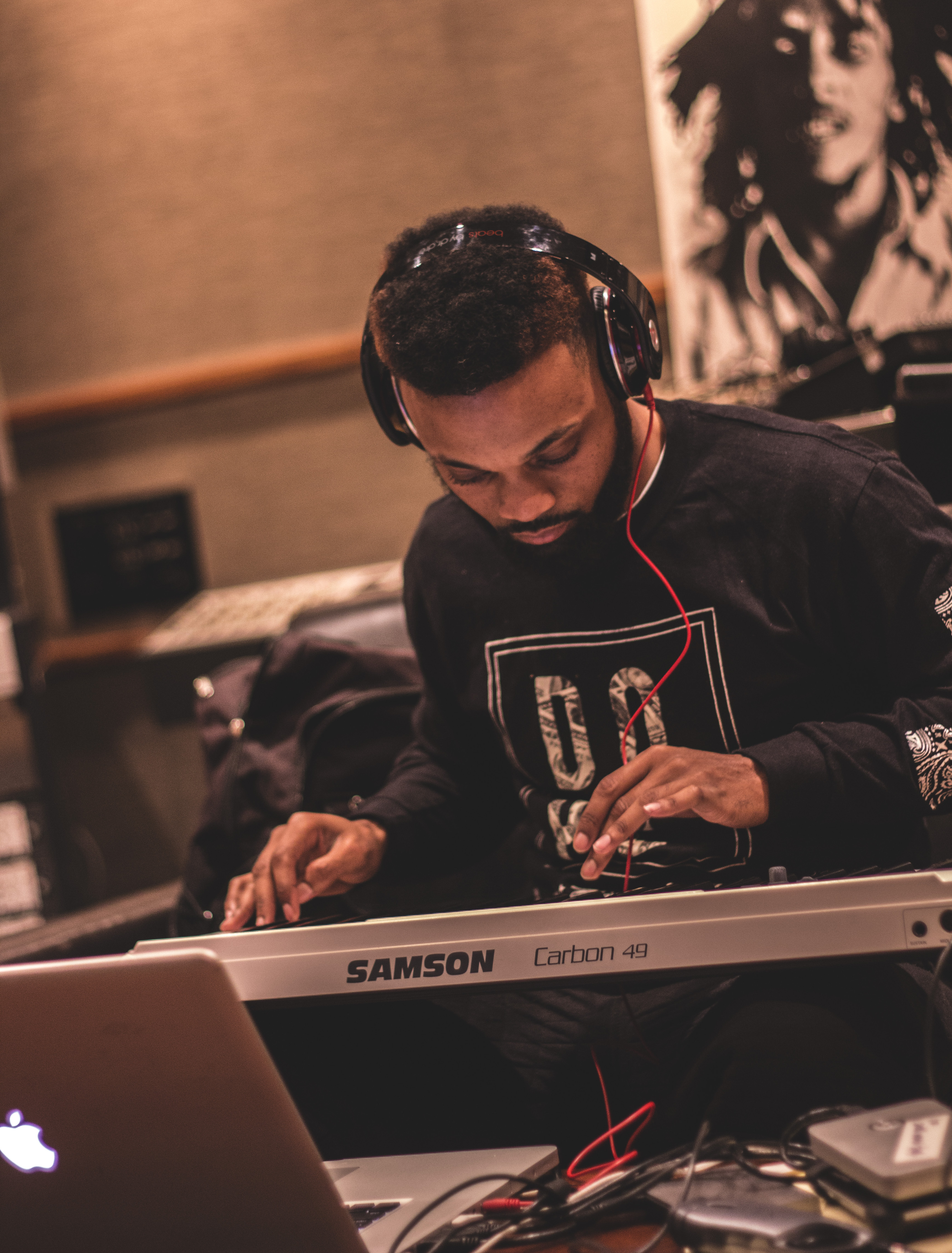 Born Deondre Collins, Trakmatik is a product of his Sacramento, CA hometown. Trak started making beats in his High School piano class then sold them around campus. He then set out to prove that production is “so much more than just beat making or toying with melodies and rhythms”. Trak decided to move to Los Angeles in 2006 where he kicked off his career by working with and producing a song for Angela Simmons Pastry shoe line. In 2008 Trak started working with Producer Keith Harris from the Black Eyed Peas, then joined a group under Harris that became the opening act for The Black Eyed Peas “End Tour”. In 2012 Trak was represented by legendary producer No I.D's label ARTium. From there he was mentored by No I.D and was able to cultivate his career by producing songs for artists such as: Snoh Aalegra, Jeezy, Keyshia Cole, August Alsina, Jordin Sparks, Agent Sasco Assassin, Fergie(programmer), Elijah Blake, Goapele, Diamond White. In 2018 Trak was the lead producer for the motion picture "Heartbeats". Written and directed by Duane Adler (Save The Last Dance & Step up). In addition, his proven talents include: engineering, arranging, mixing and mastering. Trak produces for all genres of music and works diligently to produce a quality sound that is unique.

Philanthropy
Trakmatik is also a mentor and leader in his community. Trak's non profit (B-Yourself) has been mentoring and inspiring youth around the country for 12 years. His music program has been funded by major organizations such as U.C Berkeley, with the mission to provide creative outlets for youth to express their individuality.
Follow Us