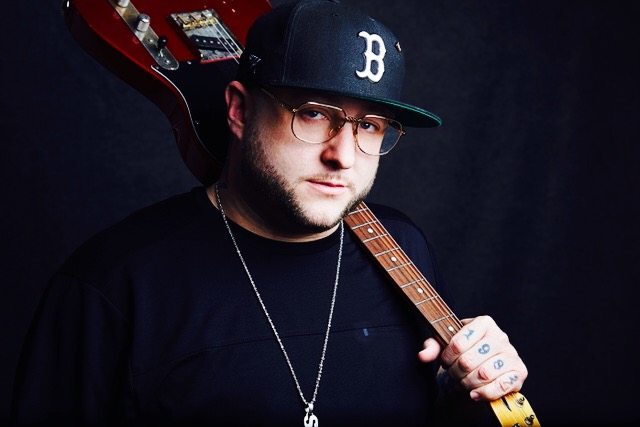 Growing up in the Boston area, Statik was introduced to music at a young age, experimenting with his parents’ eight-track machine, cassette recorders, and turntable as a child. By middle school, he was DJing school functions, eventually discovering a passion for radio after hearing DJ Premier & Funkmaster Flex scratch and mix records on major New York City hip-hop station, Hot 97. At the age of 14, Statik pursued his new passion at New Hampshire’s Phillips Exeter Academy (although he did not attend), hosting a show on its WPEA station. From there, Statik would go on to DJ and host seven other radio shows nationwide, including his still-running ‘Showoff Radio’ program on the Eminem-fronted Sirius XM station Shade 45.

Before going on air with Showoff, Statik moved back to his homestate of Massachusetts to secure a production degree at Boston’s New England Institute of Art. He began releasing mixtapes, beginning with Spell My Name Right, which boasted guest appearances from established hip-hop talent like DJ Premier, Q-Tip, Jadakiss, and Doug E. Fresh. Meanwhile, his entrepreneurial spirit and growing network led him to launch Showoff Marketing, which represented music and lifestyle-leaning clients like Reebok, G-Unit Records, Virgin Records, and Diddy’s Vote or Die, among others. Showoff evolved into a record label, releasing Out The Gate by rapper Termanology before rolling out Statik’s own first official album, also titled Spell My Name Right. Stick 2 the Script and 100 Proof: The Hangover followed, the latter reaching the top 40 on Billboard’s Heatseeker Albums Chart.

All the while, Statik remained active in producing other artists’ work, with collaborators including Mac Miller, Curren$y, Raekwon, Ab Soul, Styles P, Freeway, Freddie Gibbs, the late great Sean Price, and more over the years. Most recently, Statik produced four songs on the debut album for New York rapper Joey Bada$$, B4.DA.$$, which debuted at #1 on the Billboard R&B Chart. He also produced two songs on the debut release from rapper Action Bronson, Mr. Wonderful, which landed at #3 on the Billboard R&B Chart upon its debut.

Releasing 4 albums since on Duck Down Music, his critically acclaimed albums include Population Control, Extended Play, What Goes Around, & Lucky 7. The “Beautiful Life” single & video took off in summer 2015.

In addition to traditional releases, Statik has produced for commercial endeavors, such as Jordan Brand, songs in #1 Box Office Movies such as The Town & Creed, & creating six songs for the Grand Theft Auto Lost & Damned video game.

Statik currently resides in Brooklyn, NY where he owns a recording studio. He continues to tour with Joey Bada$$, and DJing for crowds around the world weekly.
Follow Us