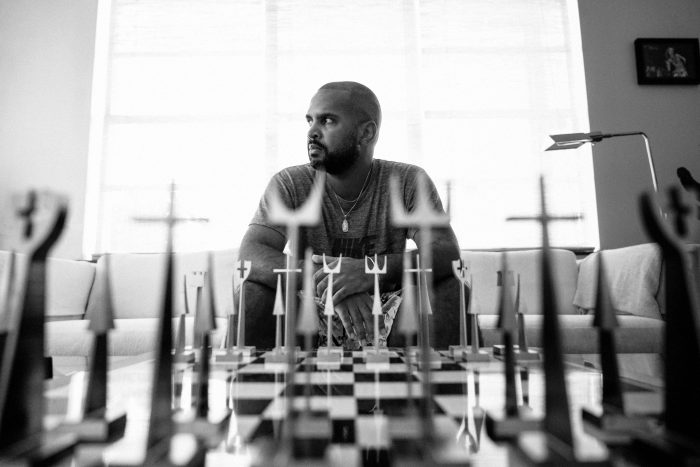 Originally from Cincinnati but currently a Miami resident, Pase Rock along with his producing partner DJ Ross One, views himself as just another contributor in the lineage of black music’s soul and funk from southwestern Ohio. Teaching himself how to scratch at the age of 9 set up a string of events that led to him being locked inside recording studios for most of his adult life. When not songwriting or producing Pase spends his evenings DJing the planet’s best nightclubs. In 2007 he was recruited by the late DJ AM and Steve Aoki to their Deckstar DJ management company for DJ gigs and residencies in Los Angeles, New York City, Tokyo, Las Vegas, Miami, Paris, Bangkok, Moscow, Hong Kong, Jakarta, Rio De Janeiro, Sao Paolo, Seoul, Sydney, Kuala Lumpur, Barcelona, Milan, Berlin and just about any other city with a decent crime rate and low moral standards. In addition to his experimental hip hop outfit Five Deez, his earliest songwriting and recording work was with fellow Cincinnatians Mood, DJ Hi-Tek and the late Japanese producer Nujabes. As comfortable in the DJ booth or onstage as he is in the recording studio, his passion lies in contributing something valuable to music and culture at large.
Follow Us