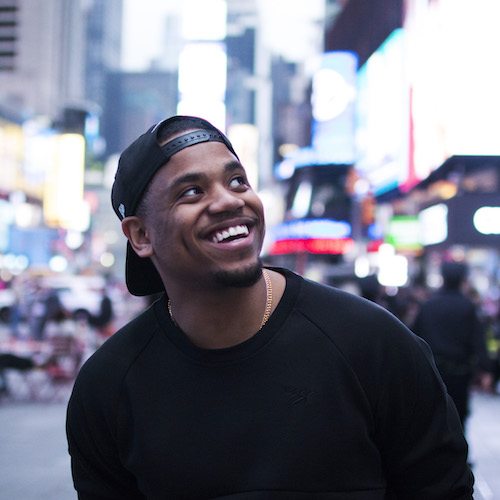 Tristan Paul Mack Wilds, the 26-year-old Singer, songwriter and actor from Staten Island, made his TV debut at the age of 15 in Spike Lee’s Miracle’s Boys and wowed audiences as Michael Lee on HBO’s critically acclaimed drama series, The Wire from 2006 to 2008. For the next five years, he played a teenage heartthrob on 90210 but little did his fans know – Mack Wilds was secretly recording music the entire time. In 2008 he met legendary producer Salaam Remi and the two worked together to complete Mack’s debut album New York: A Love Story, which earned him a 2014 Grammy Award for Best Urban Contemporary Album. Mack Wilds worked on his sophomore album, AfterHours, with two of the industry’s most prolific producers of the ‘90s, Teddy Riley and Scott Storch.

Mack starred in two series’ for network television. In NBC’s Shots Fired, Mack played Officer Belk, a young African American sheriff’s deputy in a small town in North Carolina, who after a police shooting is thrust into the national spotlight that pushes his life and young family into chaos. Shots Fired examines the dangerous aftermath of racially charged shootings in a small town. The series also stars Aisha Hinds and Sanaa Lathan. VH1’s The Breaks is Mack’s other starring role. Inspired by Dan Charnas’ book The Big Payback, The Breaks is a narrative history of the hip-hop business and follows follows three young friends fulfilling their hip-hop dreams in New York City in 1990. The series was picked up after the success of the critically acclaimed VH1 movie of the same name that aired in Fall 2015 starring Method Man, Wood Harris and Afton Williamson.
Follow Us