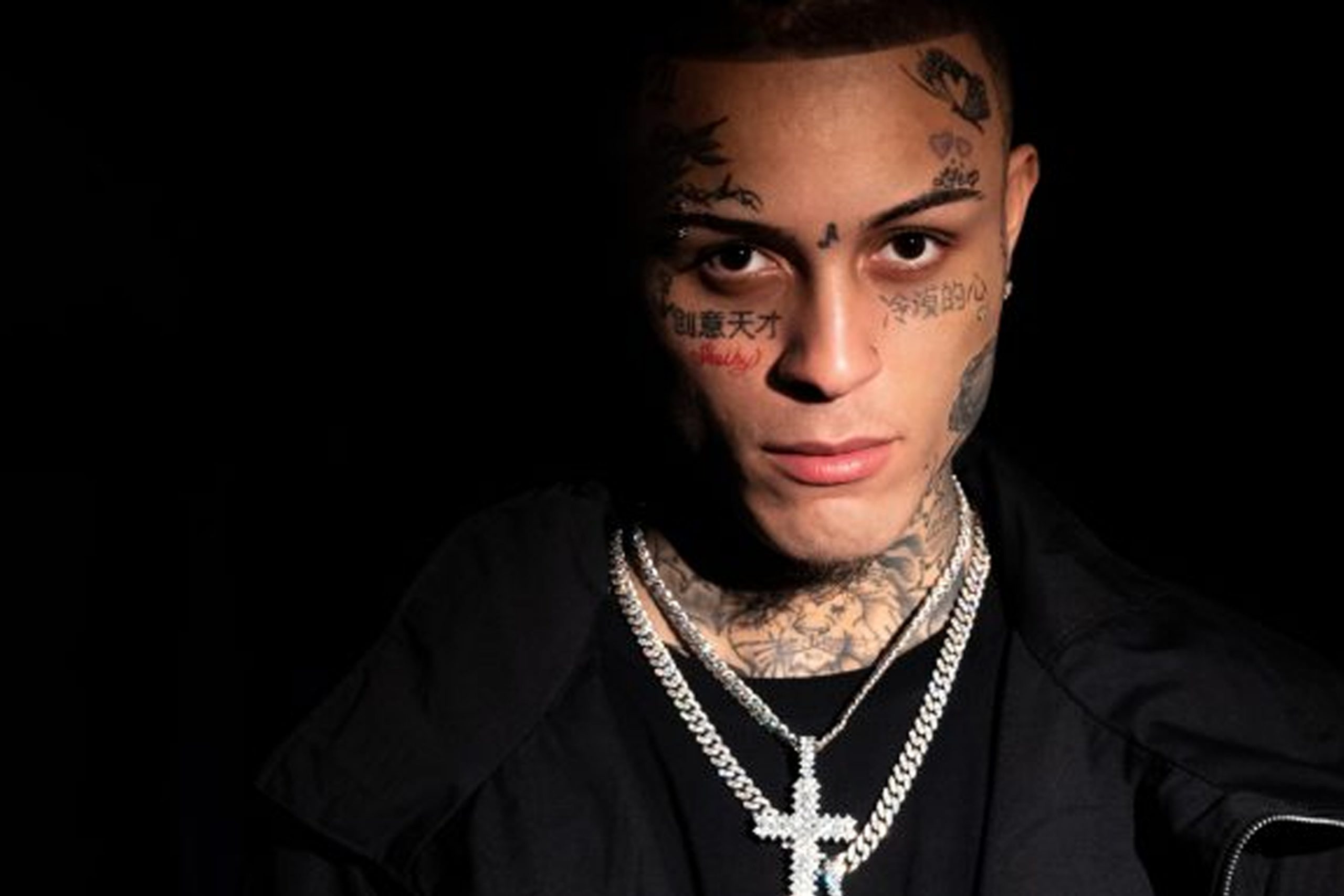 Kimetrius “Lil Skies” Foose, released his debut album, Shelby, named after his mom, in March 2019. “It’s my first real project,” says Skies. “It’s like a new beginning. This is really like me being born again.” Skies is managed by The Stokey Project which entered into a partnership with Roc Nation this year for management.

Waynesboro, PA does not come to mind when you think of contributions to hip-hop, but Skies hopes to be that boundless rose to spring forth from the concrete. As a youth, Skies spent his time between Chambersburg and Waynesboro where his father – a local rhymer – planted seeds of rap success in the then toddler’s fertile mind.

“I remember my first time in the studio I was with my dad, Dark Skies. I was like 4-years-old,” Skies recalled. “It changed my life. I was like, I’ve found my playground. The freedom of just going into the booth and spitting and freestyling to release whatever was on your mind was alluring to me. I literally knew what I wanted to do with my life at 4-years-old.”

Not many people can definitively say they knew their purpose before kindergarten, but Lil Skies is not your ordinary 19-year-old. While some saw an unassuming, skating stoner, saturated in tattoos – a fixture in forgotten small-towns across America – beneath the surface laid a sharp and perceptive mind that gravitated towards punchy lyrics masked by melodic delivery like those of 50 Cent and Lil Wayne.

“I look at my body as an extension of the music. My body is a canvas and with my tattoos, I want them to be a direct reflection of my thoughts. I have ‘cold heart’ written in Chinese backward under my eye and people ask about it all the time,” Skies described of his latest ink—a nod to his lyrics, which serves as a reminder and a warning to remain genuine.

“I don’t fake relationships, vibes or anything with people. I just keep it real, and some people think I have a cold heart for that. Where I come from everyone is so scared to do something different and be themselves. People are not getting face tattoos. People see my face and they are shocked, they judge me and think ‘he has a case’ or ‘he’s a thug.’ But I’m not a dumbass, I went to college, I had a 4.0. My face tats are another way of me showing my fans it’s OK to be you and to shock people with your truths.”

Although Skies’ father gave him the inspiration to pick up the mic, it was Skies’ Italian-American mother and step-father that gave him the foundation to build in his notable absence. “My dad paid for a lot of studio time until I could get a job when I was 14. My dad was basically in my life because of music,” Skies said. “My mom was more of my support; she was always real. She taught me how to be a man. I looked at her raising five kids and she just handled that. I always wanted to be like her.”

Skies would channel the dichotomous lessons he learned from his father’s aspirations to make a way and his mother’s determination to provide for her family into his studies and rhyming. A straight-A student in high school, Skies enrolled at Shippensburg University, where he continued to work on music between schoolwork. While he was the people’s champ in high school, it was the students of Shippensburg who immediately and fervently took to his music, eventually leading to an opportunity to open for Fetty Wap at a 2016 university-sponsored concert. The draw of that moment was too much to ignore, and within a few months, Skies would drop not only out of his school, but two buzzing mixtapes – Good Grades Bad Habits and Alone – via Soundcloud.

“I always knew I was going to drop out of college. I was an excellent student, but the experiences there were to help my music,” Skies explains. “It was a necessary step in my life to get the music out there.” The friends, fans, and resources he soaked up in that short time would come in handy for Skies when his breakout song with friend and collaborator Landon Cube “Red Roses” started to gain speed. Over a woozy and sparsely-produced track by Menoh Beats, the pair emotively meanders through tales of their vices, women, trust issues, and goals. “Red Roses” was streamed over 3M times when it dropped in July and coolly received another million in the first week of the long-awaited visual’s release helmed by Chicago director and new-rap impresario Cole Bennett of Lyrical Lemonade.

“When that beat drops it just grabs your ear and gets your attention,” Skies says about the appeal of “Red Roses.” “We put a lot of effort into that track. It was weeks of working on the mastering, editing, and layering sounds. Those details are important and I am happy people love it.”

The devil is in the details as Skies released his “dark and lit” mixtape Life of a Dark Rose. His single, “Signs of Jealousy” continues his sing-song cadence powered by a distinct flow and etched with his pragmatic and relatable musings.

“I can’t wait for people to hear the new music, get acquainted, and see what Lil Skies is really on.” For Skies, despite the thorns and harsh terrain, there is no limit or ceiling that blood cannot break.
Follow Us