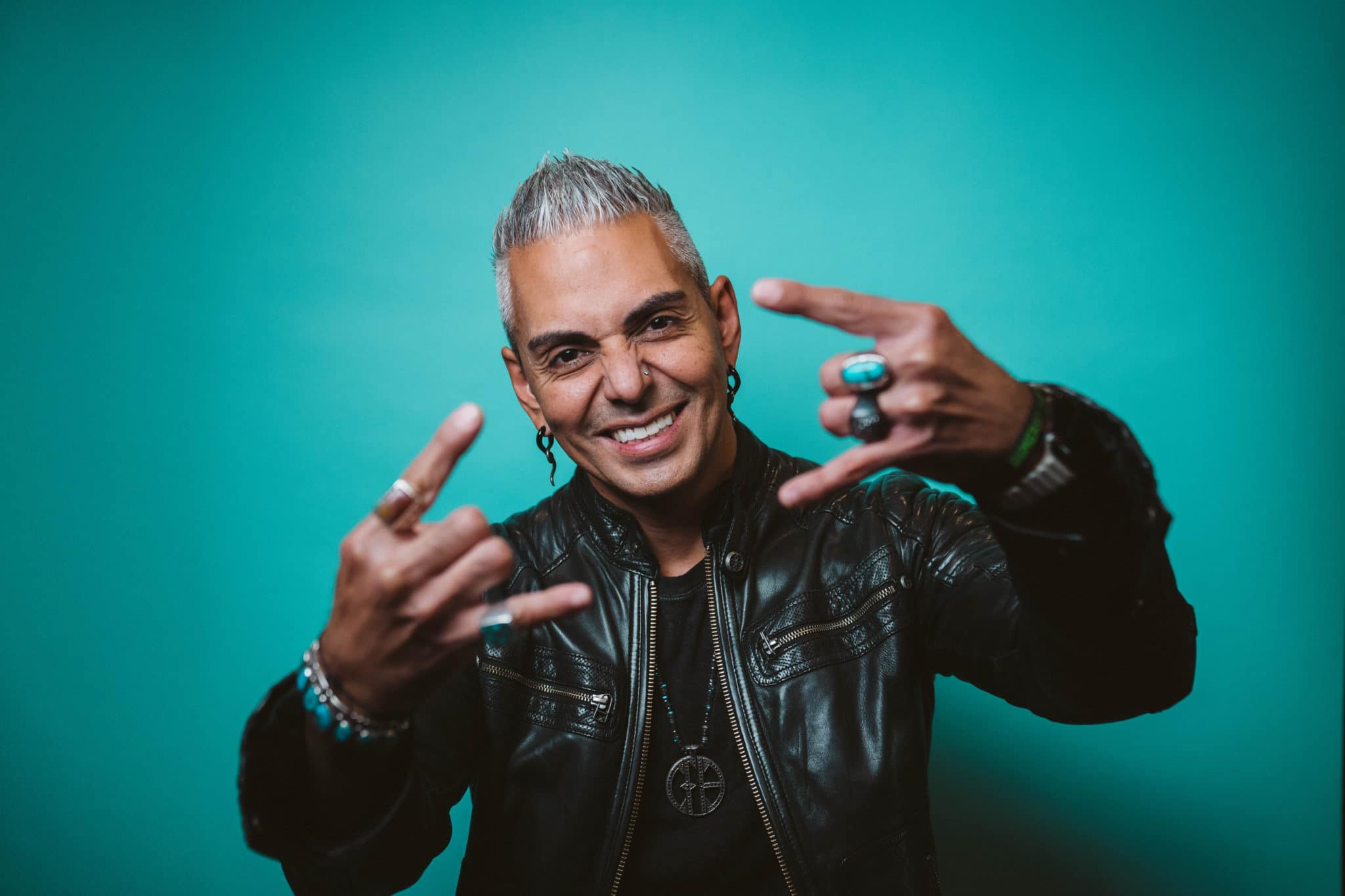 Jose Mangin is one of the most recognized personalities and voices in hard rock, heavy metal, and extreme music culture, transcending boundaries with an unrivaled passion and enthusiasm.

To be sure, the man revered as Metal Ambassador by Ozzy Osbourne, Metallica, and millions of SiriusXM listeners loves it loud. But his commitment to rock n’ roll is surpassed only by his love for people. Beyond economic class, race, gender, religion, or creed, Mangin lives to bring us together, with a genuine dedication to community and family and a celebratory vigor for life.

As an energetic presenter and conversational interviewer, Jose’s broadcast television and digital host history include a four-year stint helming MTV’s Headbangers Ball; eight years with the nationally syndicated LatiNation, in over 100 major Latino markets; and multiple award shows. Programs broadcast with Amazon, AXS-TV, and VH1, among others, often utilize his natural talent.

Like the fastest music, he’s in constant motion. An authority on the combined force of relentless work ethic and ceaseless appetite for good times, Mangin helped launch the biggest hard rock channels in the world, Octane and Liquid Metal, serving over 20 years as SiriusXM’s longest-running rock radio host. He’s regularly appeared on The Howard Stern Show, Raw Dog Comedy, and the Covino & Rich Show. He tattooed his love of bands like Pantera and Metallica on his skin.

Jose studied chemistry at the University of Arizona and went to grad school for pharmacy in Memphis at the University of Tennessee. Eager to give back to hardworking academic-minded kids who love music like him, he established the Headbang For Science scholarship, given each year to a deserving student who wants to pursue a career in science and is passionate about heavy metal.