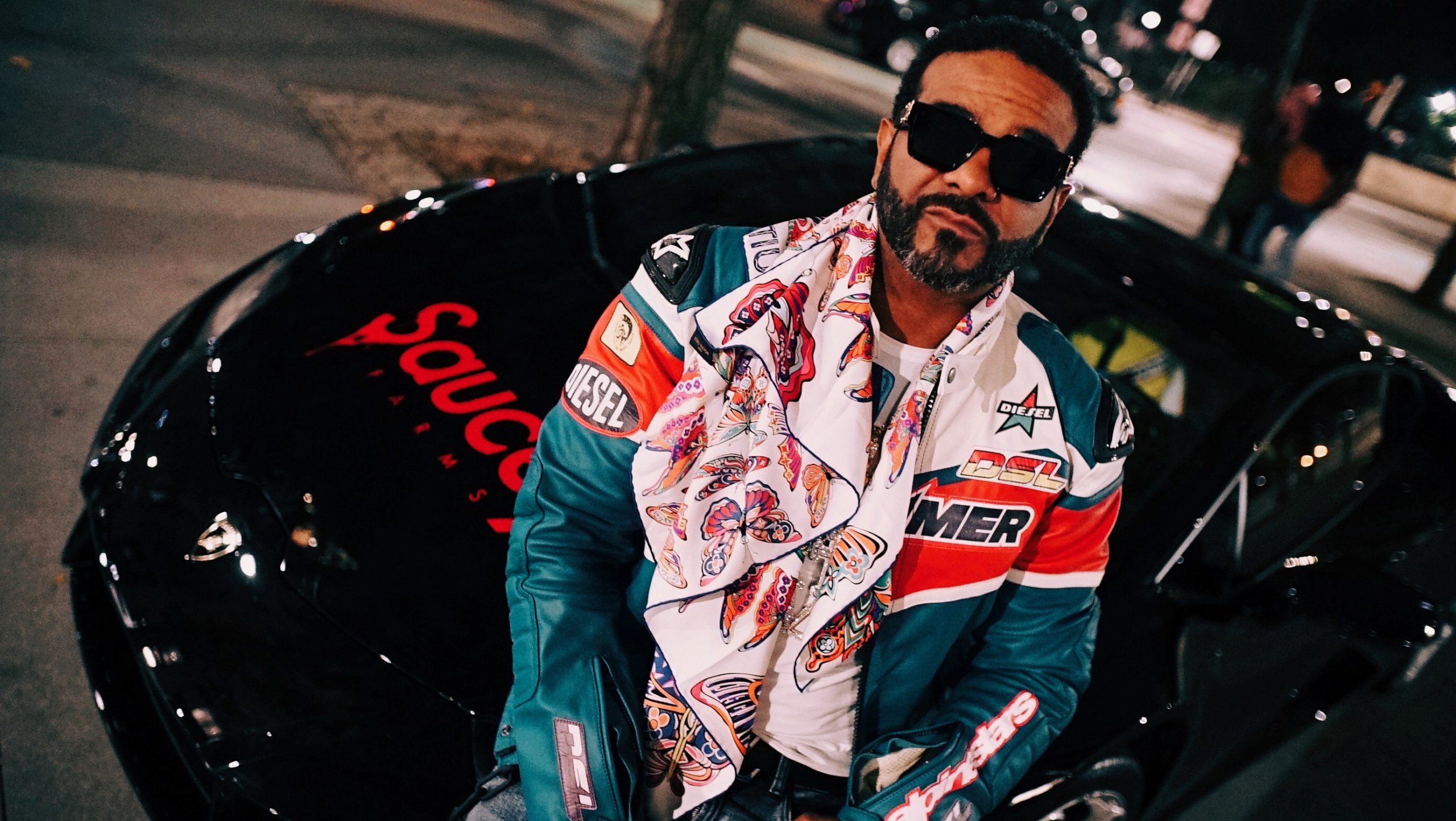 Jim Jones was born in The Bronx borough of New York City and was raised in Harlem. His mother, Nancy Jones, is Aruban while his late father, Joseph Guillermo Jones was Puerto Rican. Jim Jones was raised mainly by his maternal grandmother. He attended Catholic school but later began skipping church to loiter and play hooky at the train station. In Jim Jones’ The Come Up DVD, Vol. 19, he tells his story about growing up with fellow rapper Freekey Zekey. Jones claimed he would stay at a store a block from the church he attended and would go in and hang out with the owner; when the owner left, Jones said he took all the money in the register and the candy and would sell it in school; he was later expelled.

In 2004, he released his solo debut album On My Way to Church. The release of his second album, Harlem: Diary of a Summer in 2005, coincided with Jones landing an executive position in A&R at E1 Music. A year later he was on his third album Hustler’s P.O.M.E. (Product of My Environment) (2006), which spawned his biggest single to date, “We Fly High”. The song reached number five on the US Billboard Hot 100 chart and was certified platinum by the Recording Industry Association of America (RIAA).

In 2006, Jones also formed the hip hop group ByrdGang and launched ByrdGang Records. The group released their debut album M.O.B.: The Album, under the newly found label in 2008. Jones followed up with his fourth solo album Pray IV Reign, which was released in March 2009, under Columbia Records. The album spawned the hit single “Pop Champagne”. In April 2011, Jones released his fifth album, Capo, which was supported by the lead single, “Perfect Day”. Most recently he has released the popular Vampire Life series.

His starring roles on television include VH1’s Love & Hip Hop, (2011) Chrissy & Mr. Jones, (2012) and currently WEtv’s Vow or Never (2016). The wildly popular Vampire Life Clothing brand was founded by Jones in 2011. Jones’s recent business venture, Vamp Berry Soda was recently released in October of 2014 and gained publicity in notable publications such as Black Enterprises, XXL Mag, and Vice. Vamp Berry soda is distributed by Oak Beverages, who is home to brands such as Guinness & Colt 45.

Jones continues one of the most notable music personalities whose contributions left a significant and innovative imprint in various aspects of entertainment and fashion. His current focus is to continue to dedicate time and capital to various humanitarian efforts that give back to the inner city youth community.
Follow Us