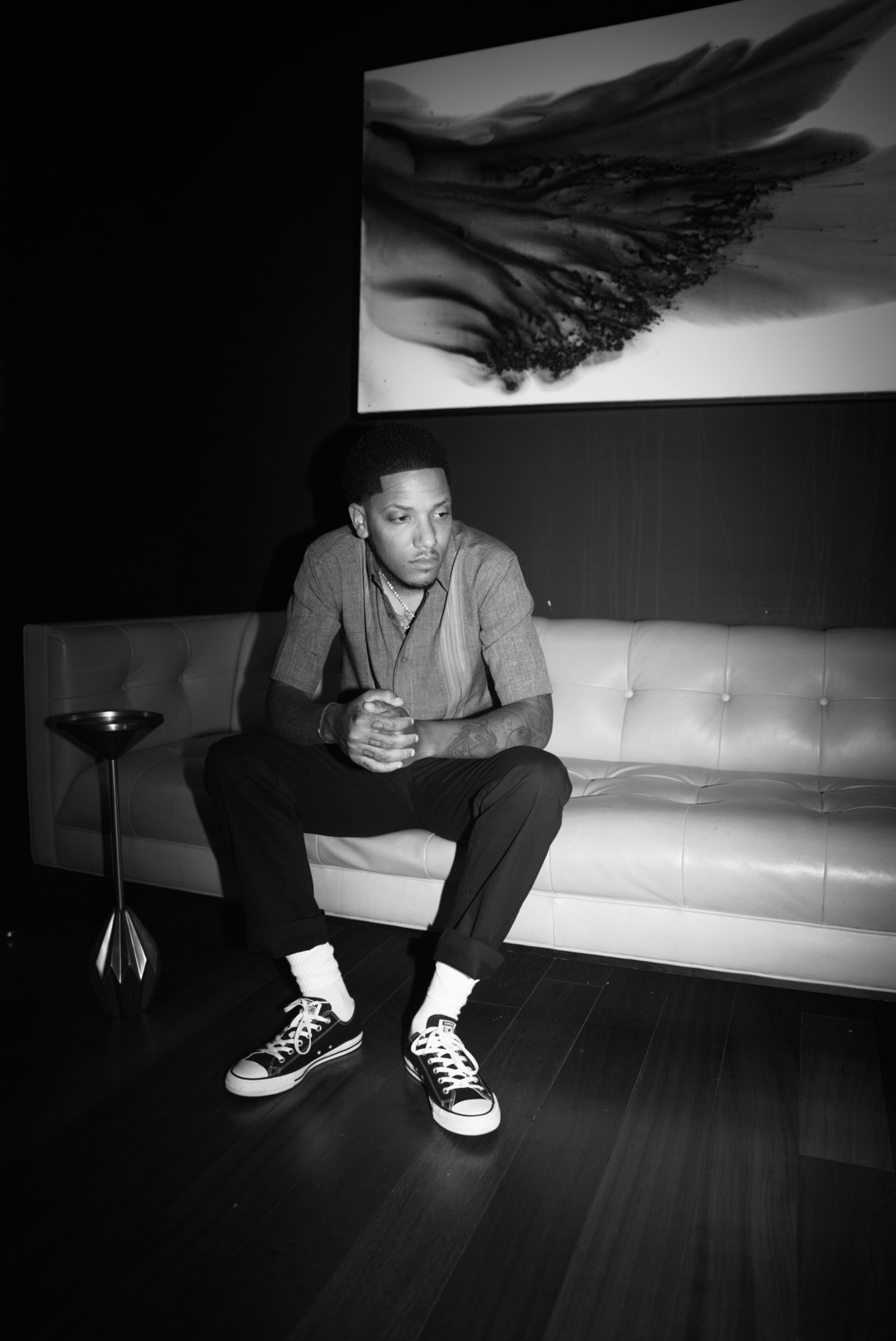 For 32 year-old Producer/Artist Jahlil Beats, creating music started as just a release from everyday pressures of living in Chester, Pennsylvania; a small, yet dangerous area that is all but 10 minutes shy of Center City, Philadelphia. And though he started at the age of 11, learning audio engineering concepts and building a passion for music under the guidance of his father & first cousin; as for becoming Hip-hop’s rising super producer, it was sort of an after thought. That 10-year grind landed him with some of the hottest names in music, like Prince, Eminem, Drake, Chris Brown, Lil Wayne, Nipsey Hussle, Travis Scott, Migos, 50 Cent, Snoop Dogg, Future, Diddy, Rick Ross, T.I., Roddy Ricch, Nas, J Cole, Big Sean, Meek Mill, Bobby Shmurda & more. Jahlil has now worked his way into becoming one of the hottest producers in music.


Born and raised in Chester, Pennsylvania, real name Orlando Jahlil Tucker began producing at the young age of 11. With his dad being a producer, they had a home studio where Jahlil frequented, conjoining in the festivities of rapping and singing.
The day his father gave him FL Studio would change his life forever.
From there, he got hooked on making beats, eventually doing his own mixtapes with the hottest rappers in his city.
Producers wise, Jahlil always looked up to the likes of Swizz Beatz and Mannie Fresh.


In 2008, he met Meek Mill — the beginning of a decade-long working relationship and friendship, while spawning platinum hit records like “I’m A Boss”, “Amen”, “Burn”, Young & Gettin It” & “Monster”. Aside from the endless plaques, In 2019 Jahlil won a Grammy for his production on Anderson .Paak’s “Bubblin.”

Outside of music Jahlil has also turned to Real Estate. In June 2017 he opened up a signature DTLR (Downtown Locker Room) in city. Fast forward, the DTLR in Chester is the #1 store in the region. Next, to support healthy eating and living he brought Salad Works to Chester and not one but two health care clinics in association with Keystone 1st and PA Health and Wellness. Keystone 1st has been in the Chester community for more than 30 years, and partnered with Jahlil Beats to provide top notch services To the community.

Next on the horizon is affordable housing and education. Beats just purchased 5 acres of land and will dedicate the space to the subsequent developments. “My expectation is to provide inspiration and opportunities by bringing businesses that will provide jobs to the residents of the City of Chester,” said Beats. Keep your eye on Jahlil Beats and the city of Chester, as they move in Tandem!
Follow Us