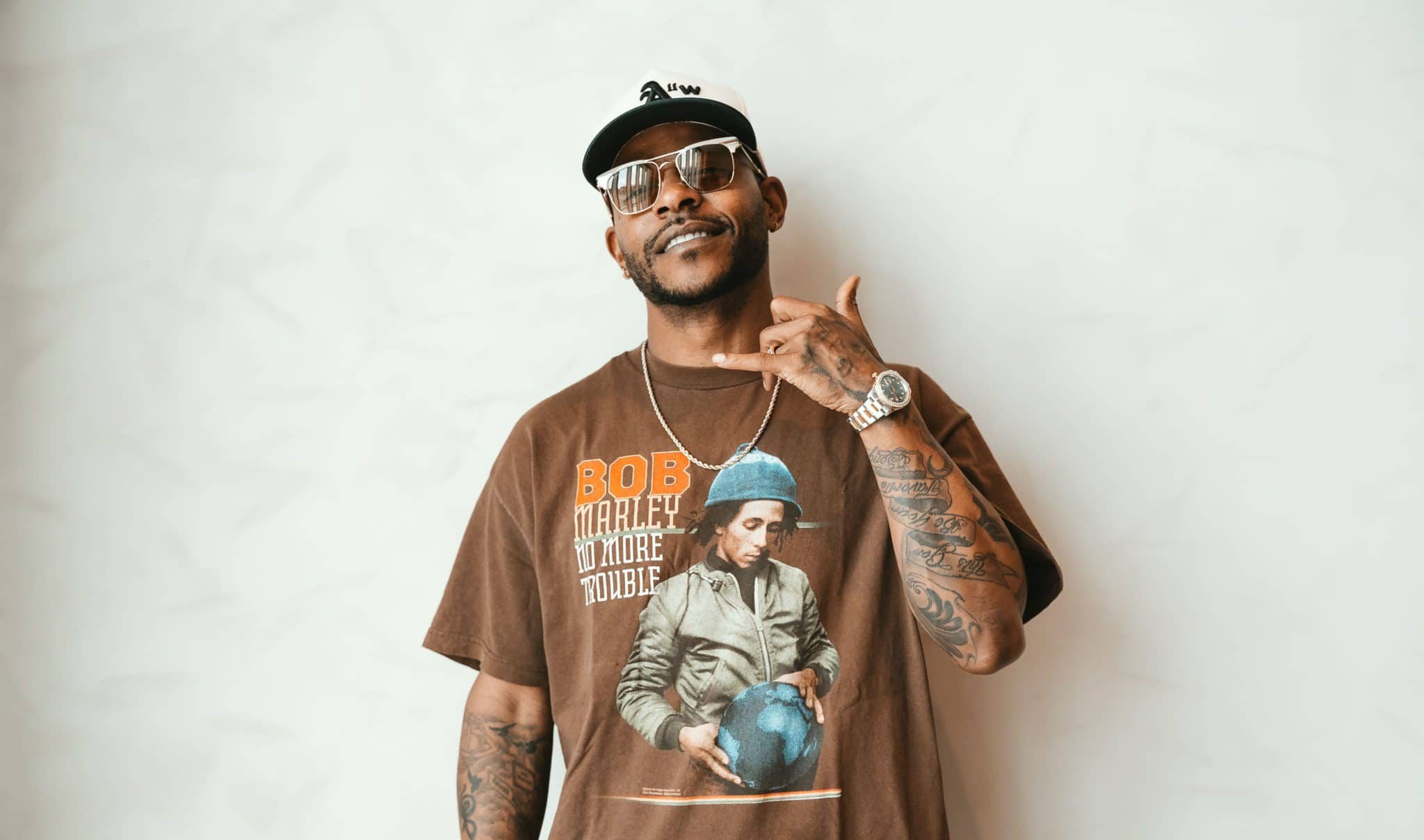 "It's time to shine on the world," declares Grammy-winning R&B artist Eric Bellinger. Throughout the pandemic, the acclaimed singer-songwriter upheld his tradition of relentlessly releasing high-quality music. Eric settled into his newly-finished studio and treated fans to over eight projects, even inviting them to join the process virtually. Years in the making, Eric cemented himself as a leader. "Lately, my gift has been putting me in bigger rooms," says Eric, who has been closely observing how Diddy and others treat their craft. "I'm older and wiser now; I truly know my worth." With this awakening, the DIY veteran has reframed his approach and raised the stakes. "There's still a bit of 'underrated' there when it comes to Eric Bellinger; let's see if we can remove that." Down to its title, August's New Light represents the next chapter in Eric's career and how he wishes to be perceived.

Bellinger's journey began just miles from where he comfortably resides today, albeit in another world entirely. Growing up in Compton, Eric's two outlets were music and football. Eric's grandfather is Jackson 5 hit songwriter Bobby Day. Bellinger followed in those footsteps when he chose music over an athletic scholarship and went to work as a performer. Eric's pen soon proved to be as powerful as his voice. He won a Grammy Award for writing multiple songs on Chris Brown's F.A.M.E., strengthening a collaborative relationship ever since. Usher, Justin Bieber, and Brandy were just some of the many artists who also seek Eric's writing. However, Eric Bellinger's dream was not to remain behind the scenes. In 2014, he commanded the spotlight with "I Don't Want Her." The G-Funk collaboration with Problem reached #22 on the digital charts and cultivated an international fan base for Eric. After more than a decade in the major-label system, Eric favored ownership and creative control. He and his best friend Nieman Johnson formed a label, YFS (Your Favorite Song). "We've been on a trial-and-error mission from God, paving the way for independent R&B," Eric asserts. "There is no one that is doing what we did." The risk paid off as the EMPIRE-distributed indie competed at the highest level. 2016's campaign album Eric B. For President yielded two gold singles, "Drive By" and "GOAT."

For the last five years, Eric Bellinger has continually leveled up without compromise. New Light affirms leadership. Lead single "Shine On The World" finds Eric giving himself the motivational pep-talk to break through ceilings. "You are one of one; if it was us against the world, I know that we'd stand a chance," he sings, applying it to relationships and the industry. "I've always felt like I was worthy. I felt like I had the talent and had what it takes to get the job done in any room that I set foot in," Bellinger shares. Those rooms are changing. Along with Chris Brown and Usher, Eric is spending time in the studio with Diddy. He has applied Puff's work ethic and pursuit of perfection. Making New Light, Bellinger also embraced revision and experimentation. "Only Fan" is a contemporary ballad unlike any other, written from the perspective of an admirer telling a woman that he requires a private audience. Fortune favors the bold. "Working to get here and working to stay here are two totally different things," Eric admits. "I didn't know that till now."

With the growth, Eric and Nieman have expanded their team for New Light, from creative directors and top engineers to big-budget videos. "There's so much more out there; you can't settle," Eric says. The drive is a reflection of personal growth for the proud husband and father. "I let go of the destination and tapped into the journey a few years ago when I got into yoga and meditation. It made me unstoppable." Art is imitating life as Eric Bellinger manifests his destiny.