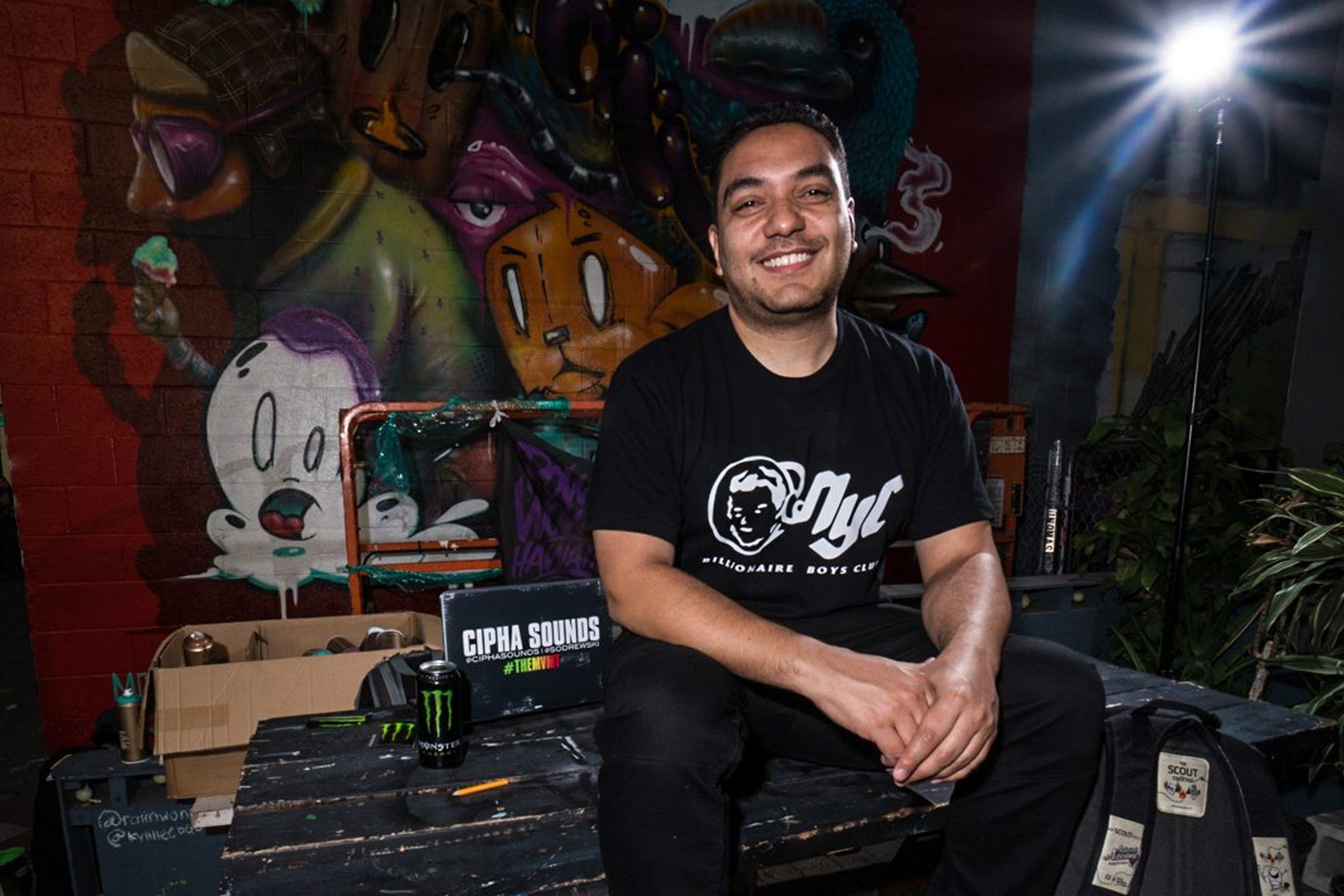 Most DJs spend their entire life in the shadows. No matter how well they control the crowd or dazzle on the decks, they remain anonymous heroes lost in the darkness of the booth. Yet Cipha Sounds is not “most DJs.” Whether hosting HOT 97 Morning Show for over 7 years,” DJing, doing stand-up comedy around the world, or producing and hosting his monthly improv show “Take It Personal”, Cipha radiates personality, driving every project with his likeable demeanor and confident tastes. Just as comfortable on stage as he is behind the turntables, Cipha has carved out a distinct voice in music and comedy over the past 15 years.

Cipha got his first break interning for Funkmaster Flex. His tireless work ethic and perceptive DJ skills earned him opening slots at legendary NYC nightspots like the Tunnel and the Palladium. Soon after that, Cipha found himself spinning for Lil Kim, Mos Def and Jay-Z on national tours, and rocking private parties and album release galas for superstars like P. Diddy, Eminem and Mariah Carey. Most importantly, Cipha learned how to break new records, helping turn once-unknowns like Sean Paul, 50 Cent, Pitbull, Rick Ross, and Rihanna into superstars, and maintain a healthy sense of humor on the mic.

Cipha’s ear for talent and club-honed musical instincts also made him a natural A&R executive, a position he has held with labels ranging from Rawkus and Tommy Boy to the Neptunes’ Star Trak imprint with Pharrell Williams, and Roc-A-Fella with Jay-Z. In 2003, he took an even bigger leap into the music industry and began hosting “Sucker Free” and “TRL” on MTV. He has also set a goal to take over the Improv comedy world. After being a student at the UCB theatre for over two years, Cipha now has a weekly sold out “Take It Personal: Hip Hop Improv Show”, where a different Hip Hop celebrity tells a true life story and Cipha and his team of improvisers perform a complete live comedy show based on those stories. Recent guests have included 2 Chainz, Victor Cruz, Swizz Beatz, ?uestlove, Kevin Hart, Zoe Kravitz, Tracey Morgan, and more. Cipha has teamed up with Alicia Keys to turn this improv show into a Television Series.
Follow Us