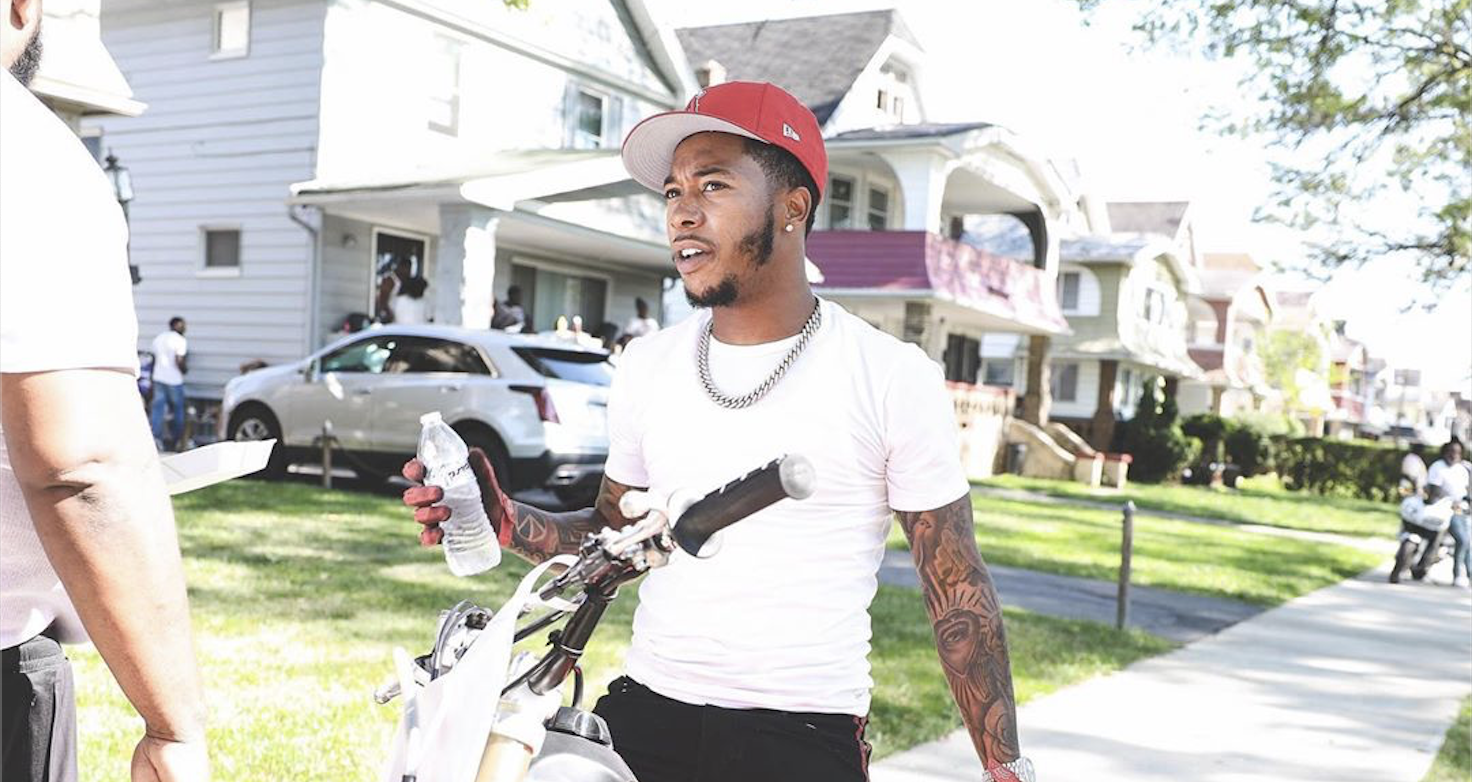 The face of Baltimore’s dirt biking scene, actor and professional dirt bike rider Chino Braxton has turned his childhood hobby into his passion, overcame tragedy, and is now bringing his passion into the mainstream.

Chino started riding pedal bikes throughout Baltimore when he was 2 as a way of bonding with his friends and family. After switching to dirt bikes at the age of 6, Chino began learning new stunts, asking friends to film his attempts, and uploading the footage on YouTube for the world to watch. His videos – which were performed using both pedal and dirt bikes – quickly grew into viral sensations, generating over 11 million views and attracting new fans across the world.

His eye-popping tricks caught the eye of Meek Mill, a biking enthusiast, who invited Chino to ride with his friends in Philadelphia before eventually taking Chino under his wing. With Meek as his mentor, Chino’s popularity exploded, with his biking exploits featured in several of the star’s music videos – including “Ima Boss,” “Litty,” “Glow Up” and “The Difference.”

Through it all, he’s also overcome his share of traumatic experiences. In 2016, Chino was shot in the head during a drive-by shooting in Baltimore. A few months later, both his brother and close friend Lor Scoota were shot and killed within weeks of one another. Those tragedies prompted Chino to use dirt bike riding as a way to build a brand and take care of his family.

In 2018, it was announced that he would be appearing alongside Meek Mill in the Will Smith / Jada Pinkett Smith-executive produced film, Charm City Kings, set to release on October 8th, 2020 on HBO Max.

As he continues to showcase his unique stunts, Chino is hoping to use his platform as a professional dirt biker to raise awareness for the sport, encourage young children to pursue it as a career, and give back to the community that he came from. In 2018, he auctioned off his own custom dirt bike to raise funds for B360 Baltimore, an organization that utilizes STEM education programming to help fight the cycle of poverty.

Fans can keep up with Chino on his Instagram (@chinobraxton), where he updates his followers regularly on his acting and tricks.
Follow Us