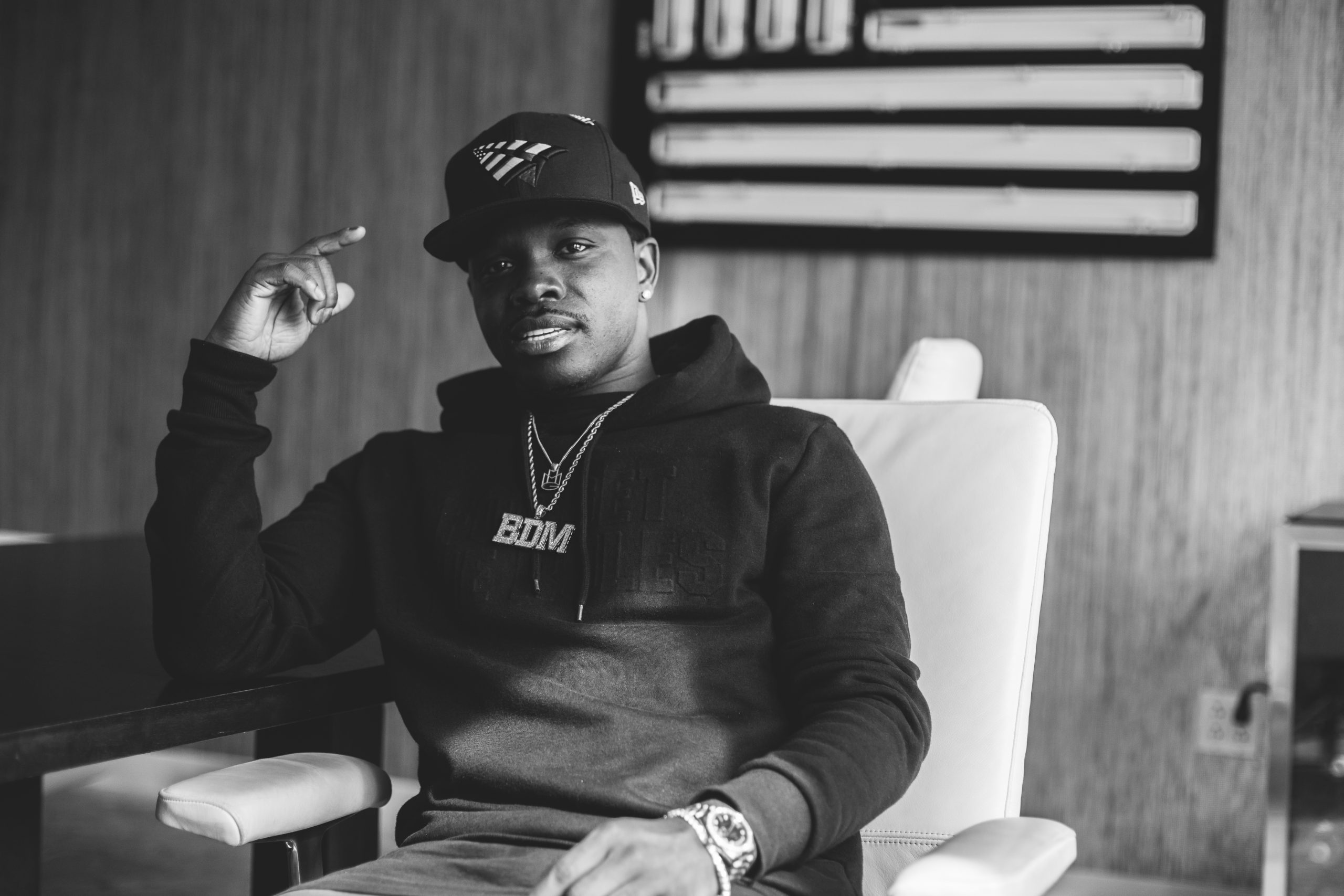 Shamann Cooke professionally known as, Beat Billionaire is a record producer from Richmond, VA by way of Atlanta, GA. Shamann grew up in a household with his four brothers in Chippenham Apartments in Southside Richmond, VA and was always creative. He has had a deep passion for making music after becoming a fan of hip hop pioneers. After spending time honing his skills he quickly rose to local stardom through rapping, dj’ing, and becoming highly sought after for his production. Shamann and a few other local artists formed a company, “Close Range Entertainment” and their group started gaining a lot of attention throughout the city which quickly caught the attention of the music industry. Parrish “PMD” Smith of EPMD came across Shamann and saw the potential and invited him to New York to assist in developing his talent. While in New York, Cooke worked with Method Man, Redman, Das Efx, K-Solo, and many more. Parish later introduced Shamann to T.I.’s Grand Hustle knowing that they were a supportive team and would help take his career to the next level.

Shaman decided to stop rapping and focus 100% on producing he took on the moniker Beat Billionaire and began working with the biggest artists in hip hop. After a stint with Grand Hustle Records working with artists such as T.I., Young Dro, Yung LA, Gucci Mane, and more Beat Billionaire signed with Rick Ross’ Maybach Music Group. Beat Billionaire has produced records for the entire MMG roster. He is best known for producing the Rick Ross’ 2010 hit “John Doe”, Wale’s hit single “Bag of Money” and more recently the hit single from the motion picture Suicide Squad, “Purple Lamborghini” which reached number 33 on the charts and number 6 on the hot dance/ electronic chart and number 7 on the rap charts and top 100 worldwide. This hit also came with a 2016 Grammy nomination for Beat Billionaire. Beat Billionaire is currently producing for Rick Ross’s newest album while building his own record label called Billion Dollar Market or BDM. With so much in store Beat Billionaire is defiently worth focusing on!
Follow Us