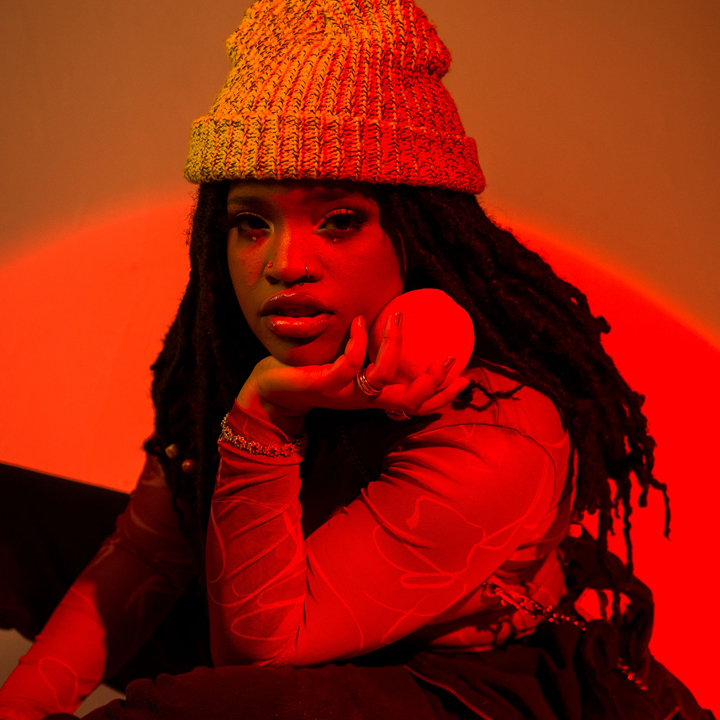 Born and raised in New Orleans, LA, twenty-three-year-old Ambré has already built an impressive career as a multi-faceted artist and Grammy award winning writer. Always artistic, Ambré is a self-taught musician who learned to play instruments, sing, write, produce, and draw all while growing up in foster care. After releasing her very first song in 2014 on Soundcloud, Ambré began to get noticed by industry peers and was invited to write for H.E.R.’s debut EP (“Changes”, “U”) and shortly after to join Kehlani on the You Should Be Here tour.

Subsequently Ambré released two independent projects, Wanderlust (2015), and 2090s (2016). In 2019, Ambré was nominated for three Grammys and won for Best R&B album for her work with H.E.R. Now, she is continuing that momentum with the upcoming release of her first official EP, Pulp. Ambré promises to deliver a psychedelic coming of age story. She hopes that her listeners will pay attention to her lyrics and be inspired to change the world.
Follow Us