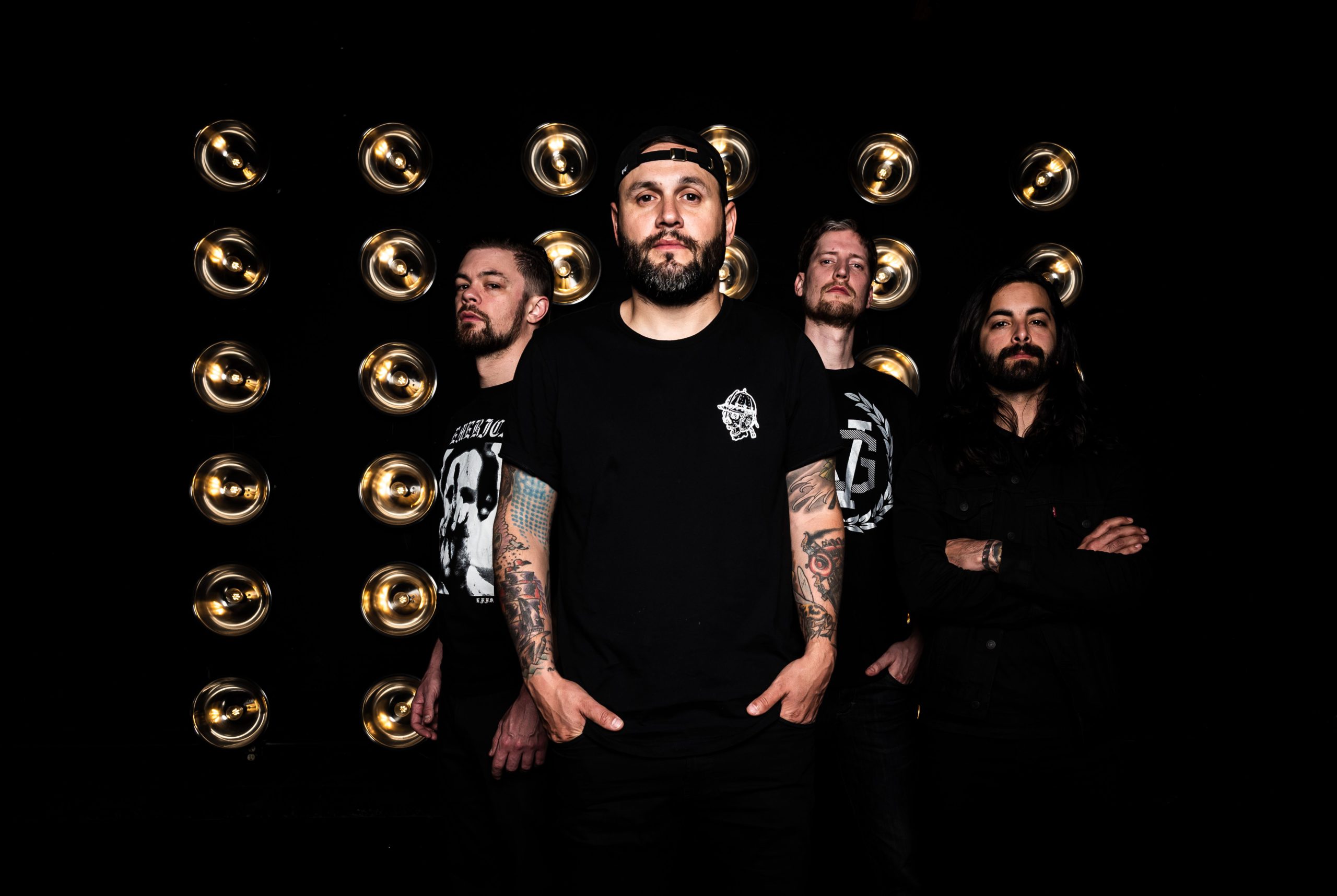 Tragedy can induce strength. It increases the need for fortitude among individuals and friends alike. It changes everything.

“We coped as well as we could have—we still are,” admits Anthony. “Losing someone isn’t easy, and we all dealt with it in our own way. I was angry and sad at the same time. I didn’t know how to feel, and it took time to accept that he really was gone. After the dust settled, we got on the phone to see where we stood. To be honest, we thought about giving up. We asked ourselves if it was right to go on without him, or maybe if it was time to start a new band together. In the end, we felt like we couldn’t let what beat him beat us. That would’ve been even more tragic, and we felt like he wouldn’t have wanted us to stop. I know I wouldn’t have.”

As always, the quartet speaks the loudest through their music. Dig Deep reflects their dedication not only to the band, but their fallen brother. The album’s nine songs fuse together a framework of mind-numbing eight-string guitar riffs fortified by polyrhythmic percussion and a dynamic vocal palette, encompassing hissing screams and growling melodies. The title encapsulates their mindset.
“When you think you don’t have anything left in you, you have to rely on that inner strength,” continues Trent. “That’s where we are as a band. So many things beyond our control went wrong, but we started to dig deep as brothers.”

“We went through hell to finish this record, and the music translates that,” Anthony agrees. “Trent worked his ass off, and it shows. It’s crazy because I think it brought us closer as band. Justin wrote some riffs that made the record, but after a couple of days in the studio he left. He obviously wasn’t okay, and we wanted him to get well. I arrived a few days after the guys had gotten there. I never got to see him.”

Alongside producer Will Putney [The Amity Affliction, Upon A Burning Body], the band recorded Dig Deep at Graphic Nature Audio in New Jersey. Self-producing their work in the past, it marked their first collaboration with a producer behind the board for the entire process.

“We hadn’t tried it before,” Trent says. “It felt like a fresh idea to do something new. We were still running the show obviously, but he brought a good ear for tone and melody. He encouraged us to explore more. To have that perspective was helpful.”
The group’s patented assault comes to life on the first single “Lost In The Static.” An eerie guitar squeal cuts through a machine gun-style percussive onslaught before Anthony’s primal vocals kick in. Meanwhile, the opener “Collapse” ignites an “angry breakdown that can incite movement in the pit,” adds the guitarist.

“Laurentian Ghosts” showcases their progression. Commencing on a clean intro, the track spirals from a buzz-saw groove into a hauntingly gorgeous refrain punctuated by a harmonic lead.

“The Laurential Divide is a place here in Minnesota,” explains Trent. “It’s a point where the water starts flowing a different way. It’s a very emotional moment on Dig Deep, and it pays homage to where we’re from. You can listen to it and feel a few metaphors.”
After The Burial maintain a commitment to evolution. Following three full-length albums and countless miles on the road, 2013’s Wolves Within bowed at #2 on Billboard’s Heatseekers Chart and #9 on the Hard Rock Chart upon release. Along the way, the group shared stages with everyone from Suicide Silence to Veil of Maya and The Faceless, carving out an intensely dedicated hardcore fan base. That audience showed immense support upon the news of Justin’s death.

“It was absolutely beautiful,” smiles Anthony. “It helped us so much. When we were having those conversations about our next move, our fans did help us hold sway. It’s like that meme, ‘Faith in humanity restored.’ I felt it; we all did. We didn’t want to give up after seeing so much love pour in from people all over. There were a lot of bands who sent kind words our way too. I think people sometimes forget how much of a community we really are. There is strength in numbers.”

That’s why in many ways After The Burial dug deep to make this music for those same supporters.

“I just want people to know how much heart and soul was poured into this thing,” Trent leaves off. “We do this because we love it, and that passion flows through our veins. Even if it’s only one song that speaks to them, I hope they can take something from this record.”
Follow Us